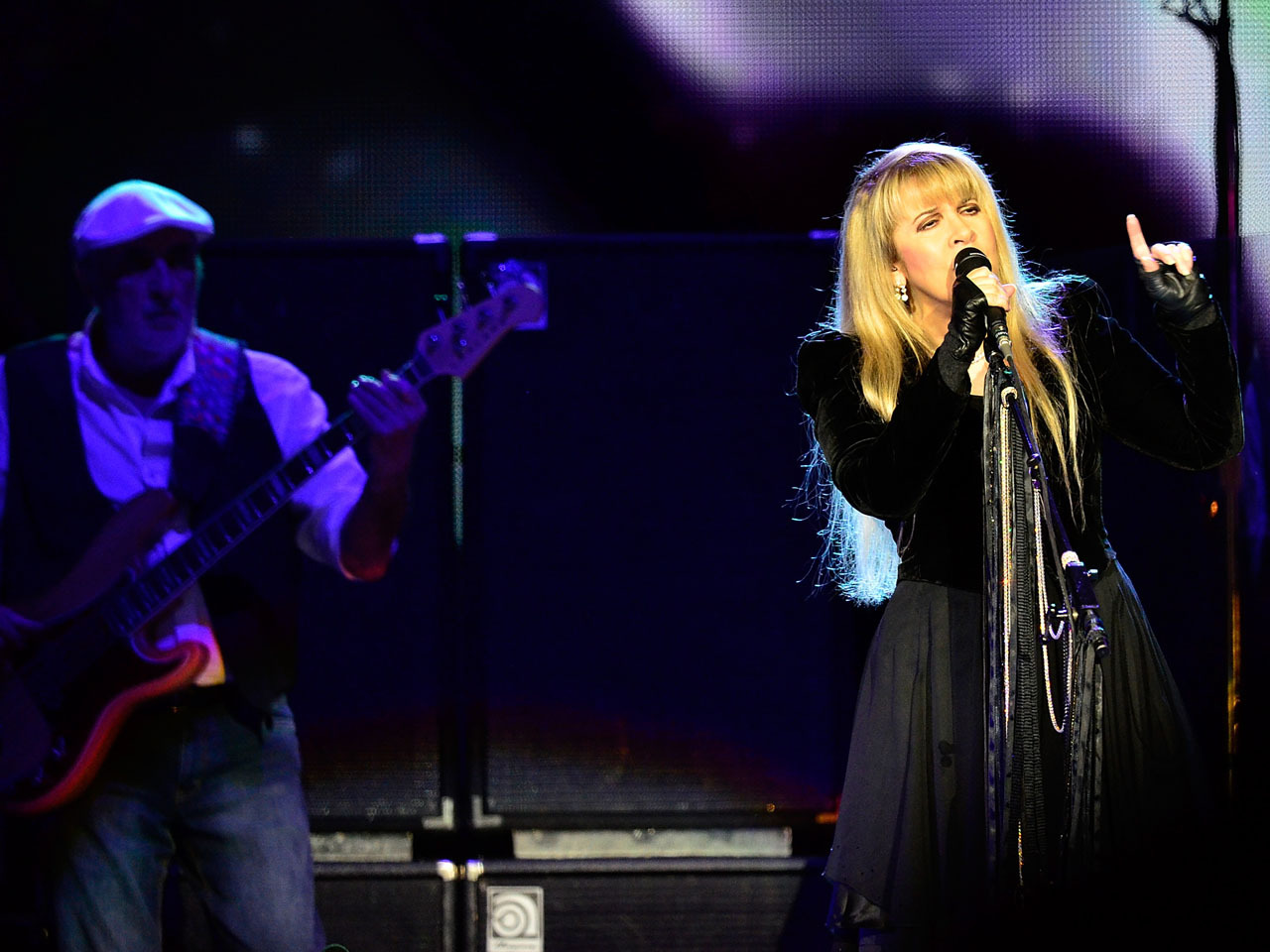 The Mac is back. Fleetwood Mac, that is.

On Tuesday, the band unveiled its first new material in 10 years with the release of "Extended Play," available exclusively on iTunes.

"Extended Play" finds Lindsey Buckingham, Stevie Nicks, Mick Fleetwood and John McVie on three new songs: "Sad Angel," "It Takes Time" and "Miss Fantasy." All three were written by Buckingham, while a fourth track, "Without You" was written by Nicks in the early '70s. "Without You" was a lost song from the Buckingham/Nicks era that went missing until the demo was discovered in the summer of 2010. Nicks said she was in Hawaii on vacation with friends when they stumbled upon the track online.

During the band's recent show at New York's Madison Square Garden, Nicks introduced "Without You," saying, "Some time in the early 1970s ... I think that this next song was poem that I must have written when Lindsey and I were first going together because it's such a beautiful poem. And it is the most beautiful thing that I have ever written about he and I." She also said the song was part of "the first music Mick heard when he asked us to join Fleetwood Mac."

This marks Fleetwood Mac's first new set of recordings since 2003's "Say You Will." It all ties together nicely with the foursome's current tour, which stretches into June.