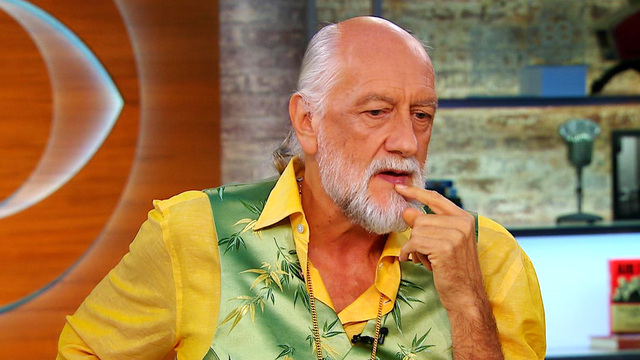 Fleetwood Mac has sold more than 140 million records worldwide. The supergroup is known for its music, and for its wild ways off stage, too. Now in a new memoir drummer and bandleader Mick Fleetwood looks back at a long journey.

For nearly 50 years Mick Fleetwood has provided the beat and backbone for one of the world's most successful bands.

At just 15 years old, Fleetwood left home for London to become a drummer. There, he met bassist John McVie, forming a lifelong friendship and the band that would bear their names.

For eight years, through drugs, discord and affairs, they endured a constantly changing lineup.

While their hard-partying became the stuff of rock and roll legend, it was their infamous love affairs that inspired "Rumours." The 1977 album sat at number one for 31 weeks and is the ninth best-selling album of all time.

Hits like "Go Your Own Way" captured their turmoil, which ultimately proved to be too much.

Fleetwood's new memoir, "Play On," chronicles the band's often painful past -- with a happy ending.

For the first time in 16 years, the band is back together and the beat goes on.