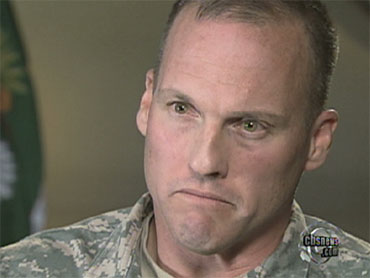 Don't ever stew over what goes into beef bourguignon, because the bottom line is this classic French dish goes with just about anything. On a chilly winter day, beef bourguignon is a great dish to warm and welcome friends and family. Early Show resident chef Bobby Flay shows us his version.

What sets beef bourguignon apart from American beef stew is the wine in which beef bourguignon is cooked. The wine, and lots of it, is what boosts the flavor of the meat and savory seasonings in the broth.

Beef bourguignon originated in Burgundy, France, and was made with the wines of that region. As the dish grew in popularity in other regions, the French began to use almost any red wine ranging from fruity Beaujolais to cabernet sauvignon.

These days, a full-bodied pinot noir is more commonly used - and it doesn't have to be the most expensive pinot out there. Generally, the wine you serve for dinner could also be the same pinot for this dish. Let your wallet be the judge.

Next to wine, the core of beef bourguignon is the beef itself. You often hear things like: Go for a meat that is well-aged, marbled with fat, and has plenty of connective tissue to dissolve during the cooking process to enrich the sauce. In addition, you want to choose beef great for braising: chuck roast, brisket, bottom round, for example.

Beef bourguignon requires hours of slow cooking, so you want beef that will not only hold up under hours of heat exposure and taste better over time, but also render additional flavor to the sauce.

Unlike beef stew, the chunks of beef in beef bourguignon are usually "satisfyingly large and utterly tender," as described in Cook's Illustrated's "Soups and Stews." Cook's goes on to say that, "Beef Burgundy is earthy, big, robust, warm and welcoming in a brooding sort of way."

Yet another level of flavor comes from the aromatic vegetables and herb seasoning. In the case of Flay's recipe: onions, celery, carrots, garlic, bay leaves, thyme, parsley, pearl onions and cremini mushrooms make up this bevy of flavor.

Here is the recipe:

Bobby Flay is chef/owner of Mesa Grill and Bolo restaurants. Host of the TV Food Network program "Food Nation". Author of 4 cookbooks - "Bold American Food", "Boy Meets Grill", "Bobby Flay's From My Kitchen To Your Table" and "Bobby Flay Cooks American." And he will be The New York Times Dining Out chef columnist every other week for the next four weeks.