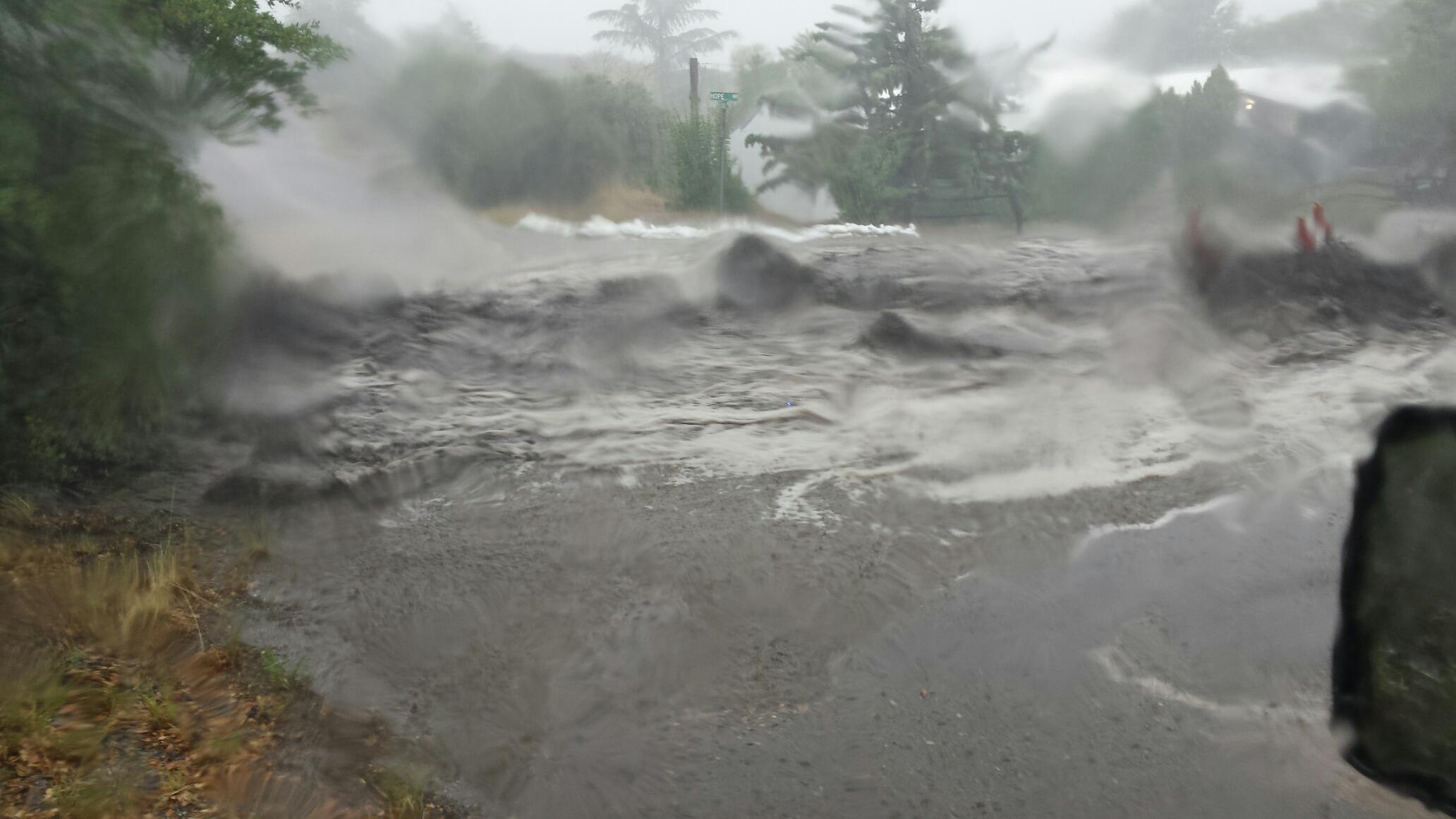 An elderly woman was rescued from her car, according to the Maricopa County Sheriff's Office. There was another water rescue in which police officers pushed a woman's vehicle off the road after it died in a flooded section of the road, police said.

The Arizona Department of Transportation closed the Interstate 17 at Indian School in both directions due to flooding. At least one vehicle got stuck in the flooded area of the freeway.

A flash flood warning was issued by the National Weather Service for Maricopa County until 8:15 p.m. on Tuesday.

Nearly 1 inch of rain fell in about 30 minutes in Maryvale, near west side of Phoenix.

Several roadways were reported washed out in the northern part of the Valley.

The monsoon brought rain to areas like Anthem and Lake Pleasant in the afternoon.

Drivers in Tucson had to deal with flash flooding on Tuesday morning after thunderstorms rolled through the region. Officials urge drivers to "Turn Around, Don't Drown" when it came to flooded roads and washes. Flash-flood watches remained in effect for Tucson's outskirts and much of southeastern and eastern Arizona because of monsoon rain and thunderstorms.

People in at least a half-dozen vehicles stranded by running water along a flooded road on Tucson's southeastern outskirts were given rides to safety on fire trucks. Authorities reported no injuries from the flooding, however.

The highway in Yarnell was briefly shut down due to the monsoon rains which caused flooding. The Tenderfoot Fire burned up thousands of acres of vegetation near Yarnell earlier this year and all that rain caused a muddy mess for residents.