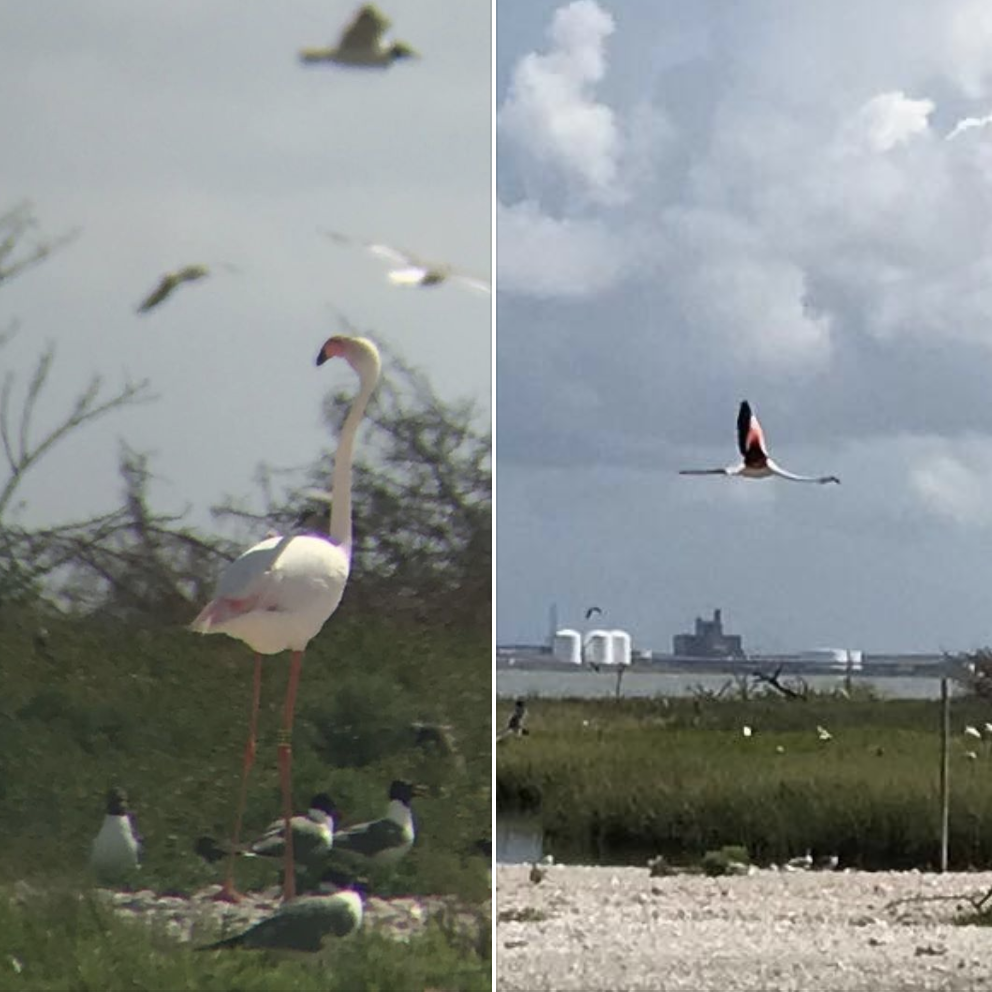 A flamingo that escaped from a Kansas zoo over a decade ago has been spotted hundreds of miles away in Texas. The bird, known as No. 492, was seen near Lavaca Bay, on the Gulf Coast, by a Texas Parks & Wildlife crew last week. The flamingo fled the Sedgwick County Zoo in 2005 and has been on the run ever since, CBS affiliate KEYE reports.

In No. 492's lifetime, the bird has traveled much farther than Kansas to Texas. No. 492 was born in Tanzania and spent time in South Africa before and being brought to the zoo in 2004 with 39 other flamingos.

The flamingo flew the coop the following year after his keepers failed to clip his wings. No. 492 has been spotted in several states over the years, thanks to an identification band visible on its leg, which Texas Parks & Wildlife used to identify the bird on Friday.

In 2013, Massachusetts birder Neal Hayward spotted the flighty flamingo in a similar area along the Texas coast, along with another flamingo friend, The Kansas City Star reported.

Hayward saw No. 492 with a Yucatan-born Caribbean flamingo that had a leg band reading "HDNT." HDNT has been spotted with No. 492 at various locations. According to the Star, experts weren't sure if the two were friends or a couple. The zoo doesn't even know if No. 492 is a male or female -- the bird didn't stick around long enough to get a blood test.

Since breaking out of the Sedgwick County Zoo in 2005, the pink flamingo has been also been seen in Wisconsin and Louisiana.

No. 492 is pretty much a legend to birders, The Kansas City Star reported. It's not every day American birdwatchers see a flamingo in the wild. "I can see where if you were an avid birdwatcher and lister, this would be something to go out and see," Scott Newland, the zoo's curator of birds, told the paper in 2013.

Newland says the bird's life in the wild is not a bad thing. "The good thing is that if this is what gets people out watching wildlife, there is no harm in that," he said. With about 18 years experience in the wild and a friend to keep him (or her) company, No. 492 seems to be doing just fine.