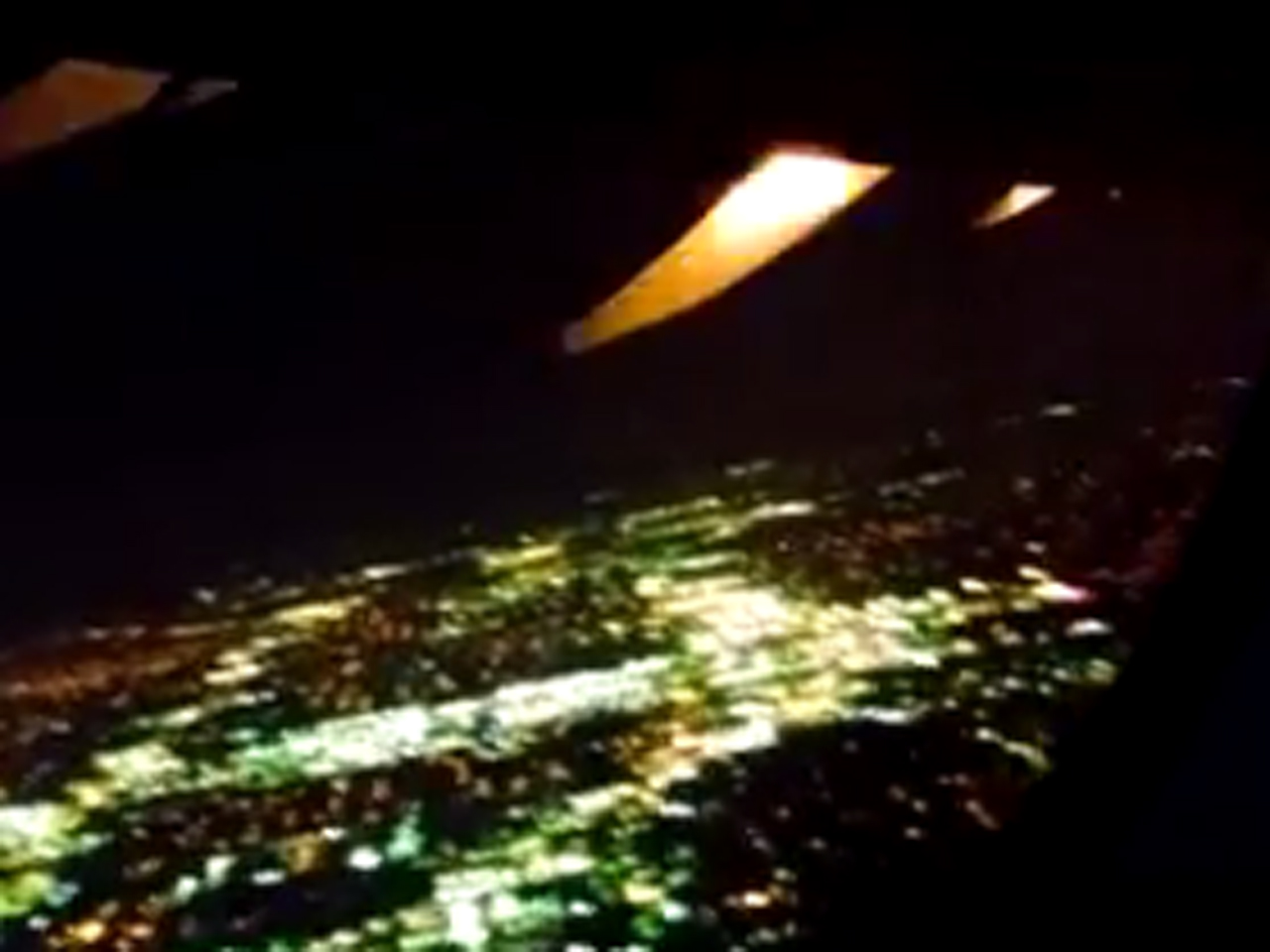 DALLAS -- An American Airlines flight on its way from DFW Airport to Seattle declared an in-flight emergency and returned to DFW Airport after fire was seen shooting from a wing, reports CBS Dallas.

Flight 438 had just taken off when people on board reported a boom, the station says.

Passengers then saw flames shooting from a wing of the Airbus 321 aircraft.

They were captured in this video, posted on Google Plus.

The carrier says the problem was caused by a compressor stall and that the engine was never on fire.

DFW Airport spokesman David Magana says no one was hurt and the plane taxied back to the gate.

The plane carried 130 passengers and a crew of six.

The flames could be seen by hundreds of people in Arlington, Grand Prairie and the mid-cities, who called police and fire departments to report the problem.