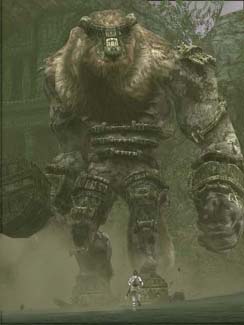 CALGARY, Alberta - Hnat Domenichelli picked a perfect time to score his first goal of the season.

Recalled from the minor leagues nine days ago, Domenichelli scored the tying goal with 42 seconds left in the third period Saturday night as the Calgary Flames tied the New Jersey Devils 2-2.

Domenichelli pounced on a turnover in the New Jersey zone and put a wrist shot past Devils goaltender Mike Dunham from the middle of the faceoff circle.

"I just turned around and shot and tried to get the puck on the net," said Domenichelli, who had 28 goals with Saint John in the American Hockey League.

Dunham was making his first start since Dec. 30.

"It looked like it was going out of our end, then it hit our player and bounced right back into the slot," Dunham said.

"Everything happened so fast. But hey, I learned something from it. You always have to be ready even when you have the puck because funny bounces will happen."

Domenichelli, playing his fourth game since being recalled on Jan. 22, scored 1:20 after Bobby Holik had given the Devils a 2-1 lead.

"At least we played better tonight than we did in that fiasco last night (a 3-1 loss at Vancouver), so we're moving in the right direction," said Holik.

The Devils, tied for first place in the Eastern Conference at 31-16-6, were held in check all night by the Flames (14-29-11), second-to-last in the Western Conference.

The first two goals of the game came 44 seconds apart midway through the second period.

Calgary scored first when Hoglund picked up a loose puck behind the net and cut in front before flicking a backhander past Dunham just inside the goalpost.

Thomas tied the game at 11:54 when he flipped the puck past Calgary goaltender Rick Tabaracci. Tabaracci injured his knee on the play and did not return for the third period.

New Jersey failed to score on six power-play opportunities, including a 41-second two-man advantage in the second period.

The Devils are just 1-for-23 on the power play in the first five games of their current six-game road trip in which they have won just once (1-1-3).