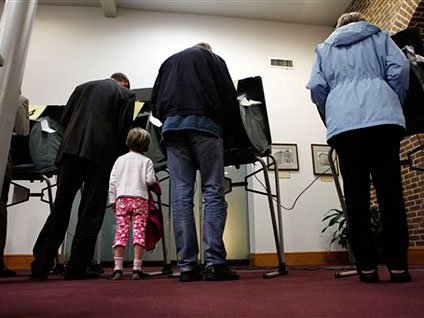 So far, there are 128 American soldiers who have given their lives in Operation Iraqi Freedom. They have been honored in many ways on the home front.

The Early Show Correspondent Melinda Murphy found out some military spouses who are reviving tradition as they reach out to the families of these soldiers.

Murphy met a woman who was looking for a way to honor her grandfather. He served in the military during World War II. She did some research and uncovered an old tradition that had almost died out, until now.

In difficult times, it is often the symbols that carry us through.

Yellow ribbons as symbols of hope, a flag going onto a casket as a symbol of patriotism or a presentation of a bronze star as a symbol of a life well lived.

But there's one symbol that hasn't been seen since World War II. It the Service Flag and it is making a comeback.

These flags were made by hand. Each blue star indicated a family member in service. A gold star is placed over the blue star if that service member dies.

And now Elaine Valentin is bringing this tradition back. She knows the importance of this flag because she herself is a military wife.

As she makes the flag and stitches a gold star on, what goes through her mind, she says is, "Glad it's not me because he's been deployed many times," and tears run down her chicks.

It's that emotional connection that has prompted Valentin to commit to making a gold star flag for every service member who has died in the line of duty since Operation Enduring Freedom began.

The one she's making now is for Diego Rincon.

Private First Class Diego Rincon was one of two Americans killed in the grenade attack allegedly committed by another American solider.

Every flag takes four and a half hours to make because they're mostly sewn by hand. But now Valentin has help of other women.

Sonja Flanigan says, "We do this out of love, but we hope we never receive one ourselves. It's a very touching thing. And I think only a military family can really understand that."

Like all the women who do this labor of love, Paula Meredith has a husband in the service, based at the Aberdeen Proving Ground in Maryland.

Meredith says, "We are smiling and there's lot of camaraderie here, but sometimes when I look down at the machine, I start to think about each of the families. They've lost someone."

Some of the women have husbands deployed now. Every flag reminds Beth Roussel of the possibilities.

"I hope to God my husband's name is never on one of these," Roussel says. She is doing the flags to say thank you to other military families who have made the ultimate sacrifice.

For the most part, the money has come out of their own pockets or from the sales of blue star flags.

For more information about the Service Flag, go to AMilitaryWife.com