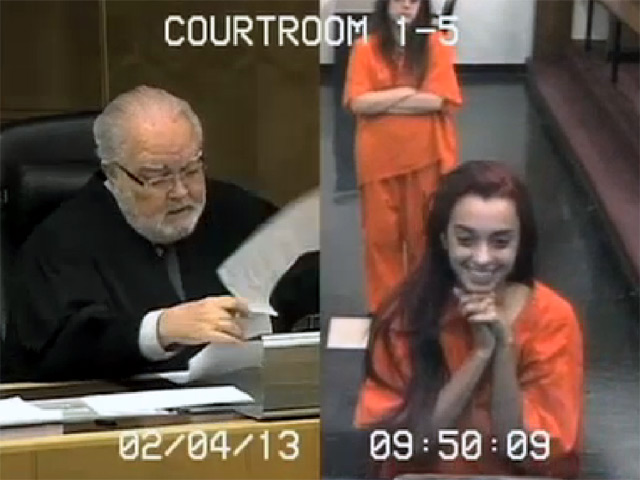 (CBS) -- Penelope Soto, a Florida woman, was jailed on Monday after flipping off a judge during her court hearing, CBS Miami reports.

Soto, 18, appeared in bond court for a drug possession hearing and laughed when the judge asked her if she was under the influence.

The judge told Soto, "We're not in a club, be serious about it." Soto said she was being serious.

He initially ordered Soto to be held on $5,000 bond, to which Soto laughed again and said, "Adios."

The judge summoned her back to the podium and increased her bond to $10,000. At that point, Soto stopped laughing.

"Are you serious?" Soto asked.

The judge replied, "I am serious. Adios."

Soto flipped him off and blurted an expletive as she walked away. The judge then ordered her held in contempt of court and sentenced her to 30 days in jail.