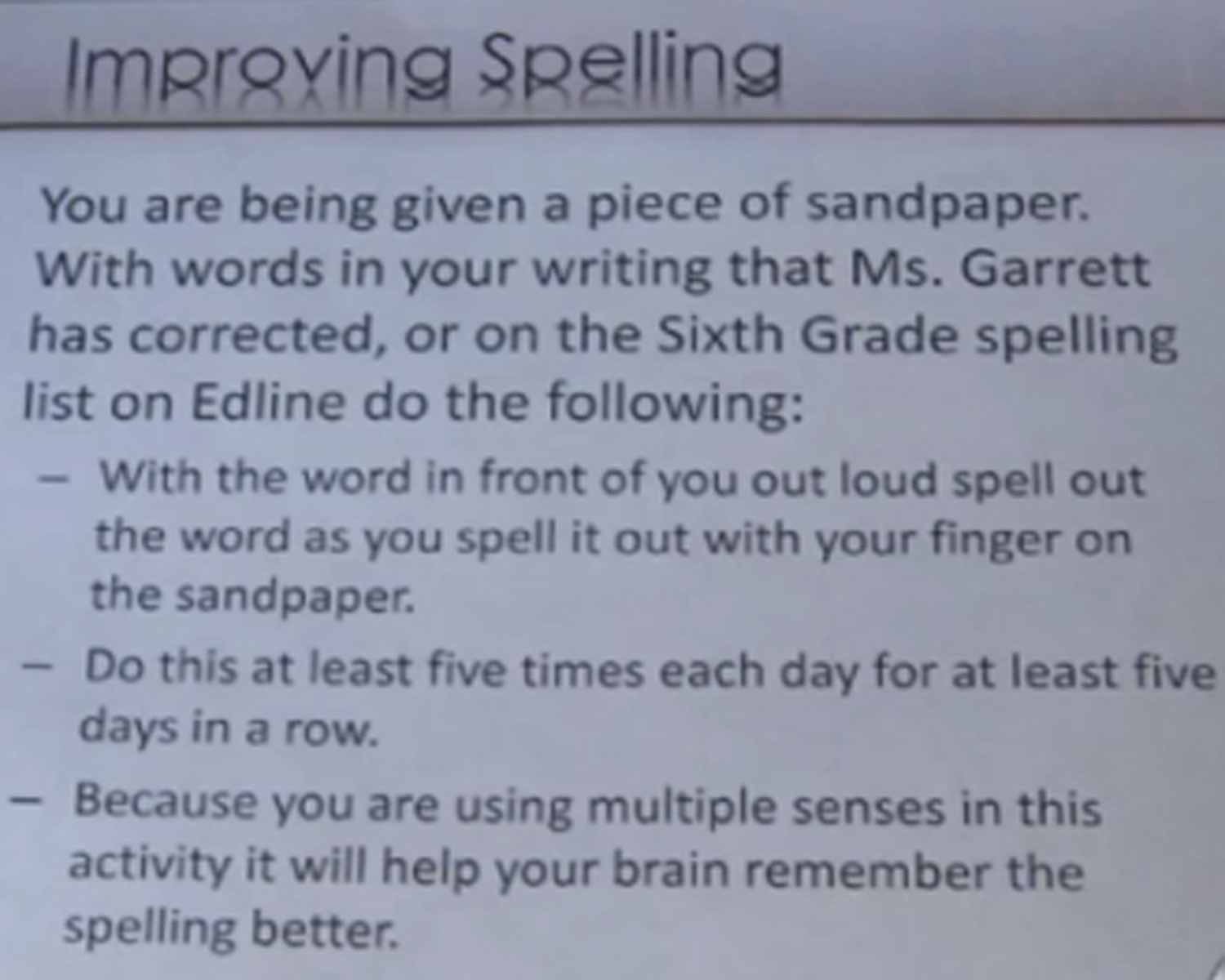 (CBS) BRANDON, Fla. - Anna Garrett, a middle school teacher in Florida, is on paid leave and under investigation amid allegations of abuse during a spelling lesson, CBS affiliate WTSP reports.

According to student reports and parental complaints, Garrett, a teacher at Burns Middle School in Brandon, used sandpaper to punish students during class on Jan. 23. Garrett allegedly made the students write out previously misspelled words until their fingers bled due to the coarse surface.

"We had to trace letters like 'I' and 'J'," 11-year-old Josh Sommer told CBS Tampa Bay, adding that the students had to trace each wrong word into the sandpaper five times. "By the end of the time, my whole table was bleeding."

Students reportedly complained about their injuries to Garrett, who responded by telling them to keep quiet and resume their work, the station reports.

Despite their discomfort, the students in the sixth grade class continued with the task, according to Josh.

"I didn't want to get yelled at by my teacher," Josh told the station.

"There are some students complaining that it hurt their fingers and we don't think that's a good way to learn," Hegarty said. "I don't have any reason to believe that she was trying to abuse kids, but the outcome was not a good one."

Garrett, who has been teaching in the school district for 30 years, is prohibited from entering the classroom until the investigation is finished. Once completed, the district will make a decision as to whether the teacher has a future there.