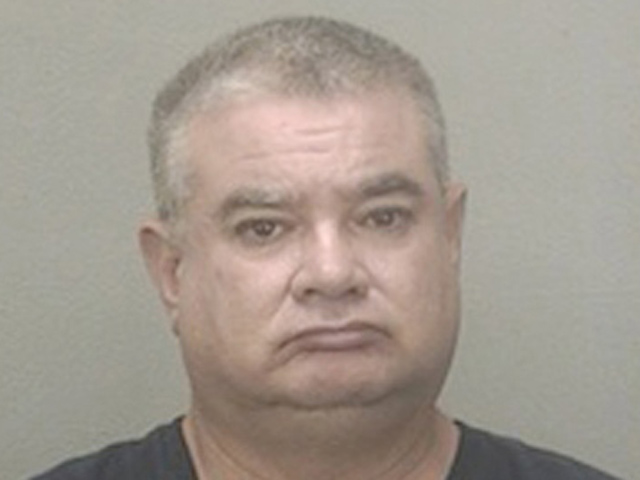 (CBS/AP) MIRAMAR, Fla. - A South Florida police captain accused of forcing a 15-year-old girl to disrobe so he could check whether she had been having sex has been released from jail.

Miramar police Capt.  Juan De Los Rios, 46, walked out of the Broward County jail after posting his $30,000 bond, reports CBS Miami. He has not yet responded to the allegations against him.

Broward County prosecutors say De Los Rios is facing two counts of lewd and lascivious conduct by an adult against a minor. Each count carries a potential 15-year prison sentence.

Authorities say De Los Rios encountered the girl and a 19-year-old man in the back seat of a car. The two told him they were just talking and not having sex. But prosecutors say De Los Rios told the girl to take off her clothes so he could make sure.

A 28-year police veteran, De Los Rios is suspended without pay. According to CBS Miami, the Miramar Police Department says "an administrative investigation is presently being conducted, which precludes the department from speaking further on the matter."