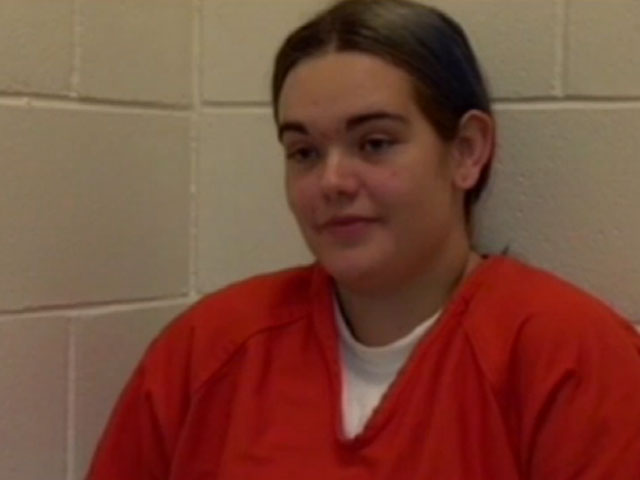 (CBS/WTSP) PANAMA CITY, Fla. - A Florida teenager is behind bars as an accessory to the brutal murder of 16-year-old Jacob Hendershot. But that may not be the most shocking part of the crime - Stephanie Pistey says she believes she's part vampire and part werewolf.

Florida police say that, in July, Pistey's friends lured Hendershot to a house, killed him, and then left his body in a storm drain. Police had originally said Hendershot's was murdered because Pistey had accused the 16-year-old of raping her, according to CBS affiliate WTSP.

Five people so far, including Pistey, are charged in connection to the crime with either murder or accessory after the fact.

Police have previously speculated that there may be more to the case. They say the murder suspects may have been involved in a vampire cult, WTSP reports, and Pistey's claims to vampiredom appear to give credence to the idea.

In a jailhouse interview, Pistey told local station WJHG, "Since I was like, 12...I know this is going to be crazy, but I believe that I'm a vampire. Part of a vampire and part of a werewolf."

Pistey has admitted she was at the home where Hendershot was murdered, but says she was just a babysitter and was watching co-defendant Tammy Morris' two children, reports WTSP. Morris was also charged with accessory to murder.

The 18-year-old denies drinking Hendershot's blood after the murder, but reportedly claims she has drunk the blood of her fiance and co-defendant William Chase, 25.

Although she has not yet been convicted of the crime, Pistey says she expects to be behind bars for a long time.

"Now that I'm here, I'm pretty much figuring out that I'm just going to stay here the rest of my life."

WJHG reports that police say they expect to arrest a sixth person in the case.