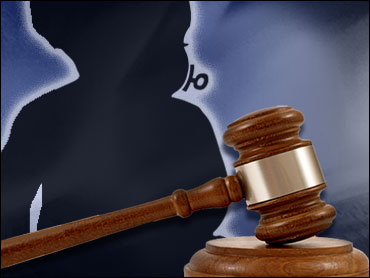 Florida's strict law banning adoption of children by gay people was found unconstitutional Tuesday by a state judge who declared there was no legal or scientific reason for sexual orientation alone to prohibit anyone from adopting.

Miami-Dade Circuit Judge Cindy Lederman said the 31-year-old law violates equal protection rights for the children and their prospective gay parents, rejecting the state's arguments that there is "a supposed dark cloud hovering over homes of homosexuals and their children." She also noted that gay people are allowed to be foster parents in Florida.

Attorneys for the American Civil Liberties Union, who represent gay foster parent Martin Gill, said the case was the first in the nation in which numerous experts in child psychology, social work and other fields testified that there is no science to justify a gay adoption ban.

"There is no 'morality' interest with regard to one group of individuals permitted to form the visage of a family in one context but prohibited in another," Lederman wrote in a 53-page decision. "There is no rational basis to prohibit gay parents from adopting."

Because state attorneys immediately filed a notice of appeal, the ruling is likely to set the stage for a battle that could reach the Florida Supreme Court. A judge in gay-friendly Key West also found the law unconstitutional in September, but that ruling has not been appealed and has limited legal reach.

Florida is the only state with an outright ban on gay adoption. Arkansas voters last month approved a measure similar to a law in Utah that bans any unmarried straight or gay couples from adopting or fostering children. Mississippi bans gay couples, but not single gays, from adopting.

Tuesday's ruling means that Gill, 54, and his partner can adopt two brothers, ages 4 and 8, whom he has cared for as foster children since December 2004.

"I've never seen myself as less than anybody else," Gill said. "We're very grateful. Today, I've cried the first tears of joy in my life."

He said the two boys have been practicing writing their new last names, and the older one said: "That's what's going to make us a family."

Organizations such as the American Academy of Pediatrics, American Medical Association and American Psychiatric Association all support permitting same-sex couples to adopt.

"It is clear that sexual orientation is not a predictor of a person's ability to parent," the judge wrote. "A child in need of love, safety and stability does not first consider the sexual orientation of his parent. The exclusion causes some children to be deprived of a permanent placement with a family that is best suited to their needs."

Florida Assistant Attorney General Valerie Martin said an appeal would be filed on behalf of the state Department of Children & Families. She declined additional comment.

Florida ACLU spokesman Brandon Hensler told King that the decision only affects this case and since the state is appealing, it is expected to make it to state Supreme Court.

Reaction came quickly from advocates of gay, lesbian and transgender parents who have long considered Florida's law the most draconian in the nation. Jennifer Chrisler, executive director of the Boston-based Family Equality Council, said the decision is a "long-overdue recognition of the equal ability of lesbian, gay, bisexual and transgender people to raise happy, healthy families."

"The best interests of children should be decided by parents, families, professionals and judges, not opportunistic politicians and interest groups," Chrisler said.

John Stemberger, chairman of the successful drive earlier this month to pass a constitutional amendment banning gay marriage in Florida, called the ruling "classic judicial activism" and predicted it would be reversed on appeal.

"Everywhere in the law where children are affected, the standard must always be what is in the best interest of the child," said Stemberger, an attorney in Orlando. "What is stunning to me is that when it comes to dealing with gays, that standard goes out the window. Children do better with a mother and a father."