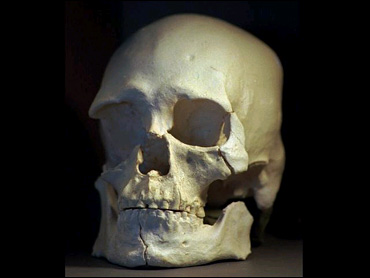 TAMPA, Fla. (CBS/AP) Judith and Mitchell Fletcher paid $8 for what they thought was a box of scary holiday decorations at a yard sale in Brandon, east of Tampa.

But when the Florida couple got the box home, they realized they had bought a real human skeleton.

Detectives took the bones to the medical examiner, who determined they came from a professionally prepared human anatomical skeleton, normally used in medical courses.

Sheriff's spokesperson Cristal Bermudez Nunez said detectives are contacting colleges and universities who may be missing a skeleton.

For those who don't know, Florida state law prohibits individuals from owning human skeletons, so the Fletchers won't be getting those bones back.