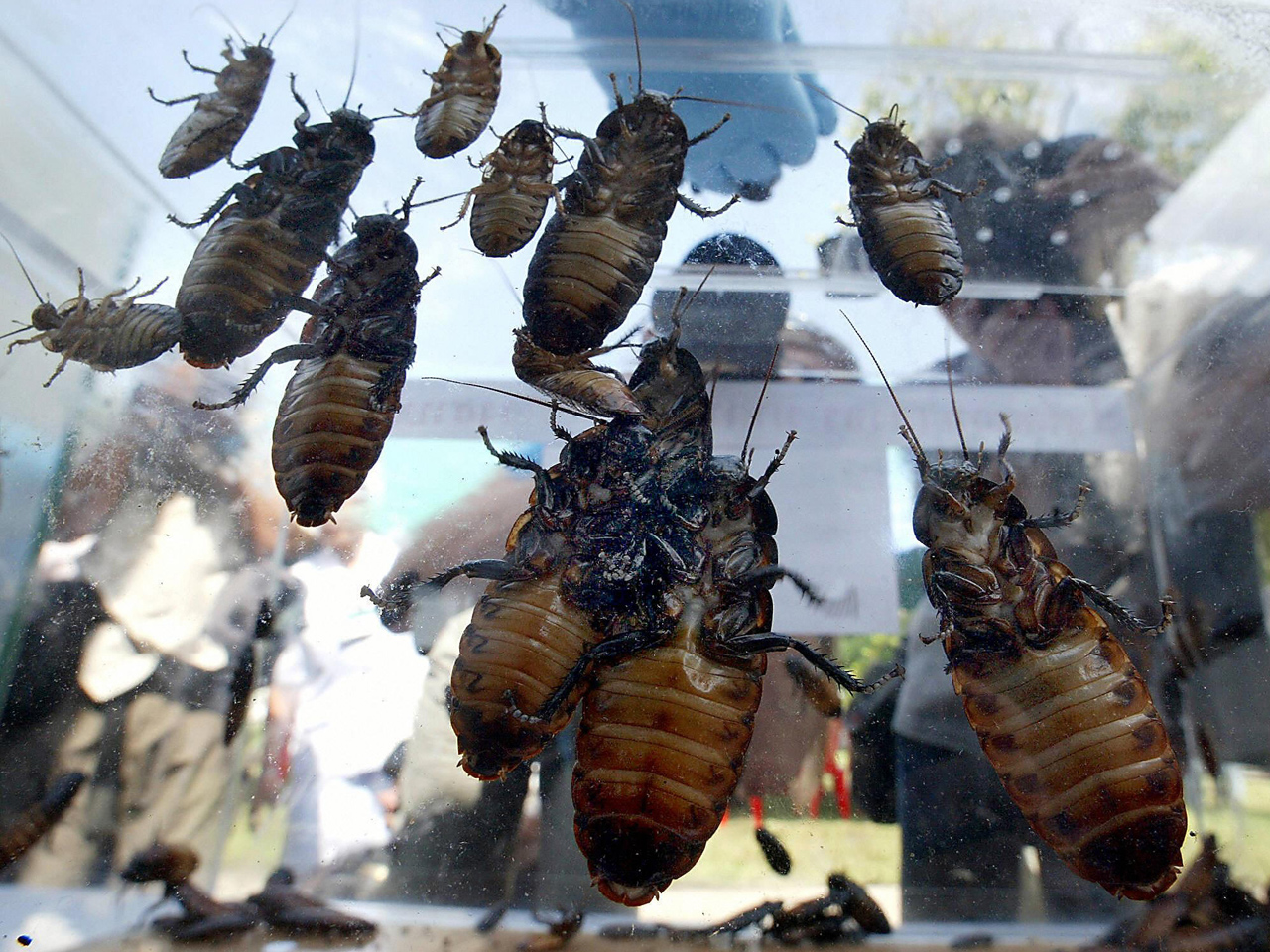 MIAMI The winner of a roach-eating contest in South Florida died shortly after downing dozens of the live bugs as well as worms, authorities said Monday.

About 30 contestants ate the insects during Friday night's contest at Ben Siegel Reptile Store in Deerfield Beach about 40 miles north of Miami. The grand prize was a python.

Edward Archbold, 32, became ill shortly after the contest ended and collapsed in front of the store, according to a Broward Sheriff's Office statement released Monday. He was taken to the hospital where he was pronounced dead. Authorities were waiting for results of an autopsy to determine a cause of death.

"Unless the roaches were contaminated with some bacteria or other pathogens, I don't think that cockroaches would be unsafe to eat," said Michael Adams, professor of entomology at the University of California at Riverside, who added that he has never heard of someone dying after consuming roaches.

"Some people do have allergies to roaches," he said, "but there are no toxins in roaches or related insects."

None of the other contestants became ill, the sheriff's office said.

"We feel terribly awful," said store owner Ben Siegel, who added that Archbold did not appear to be sick before the contest. "He looked like he just wanted to show off and was very nice," Siegel said, adding that Archbold was "the life of the party."

Siegel said Archbold was selling the exotic prize to a friend who took him to the contest.

A statement from Siegel's attorney said all the participants signed waivers "accepting responsibility for their participation in this unique and unorthodox contest."

The bugs consumed were from an inventory of insects "that are safely and domestically raised in a controlled environment as food for reptiles."