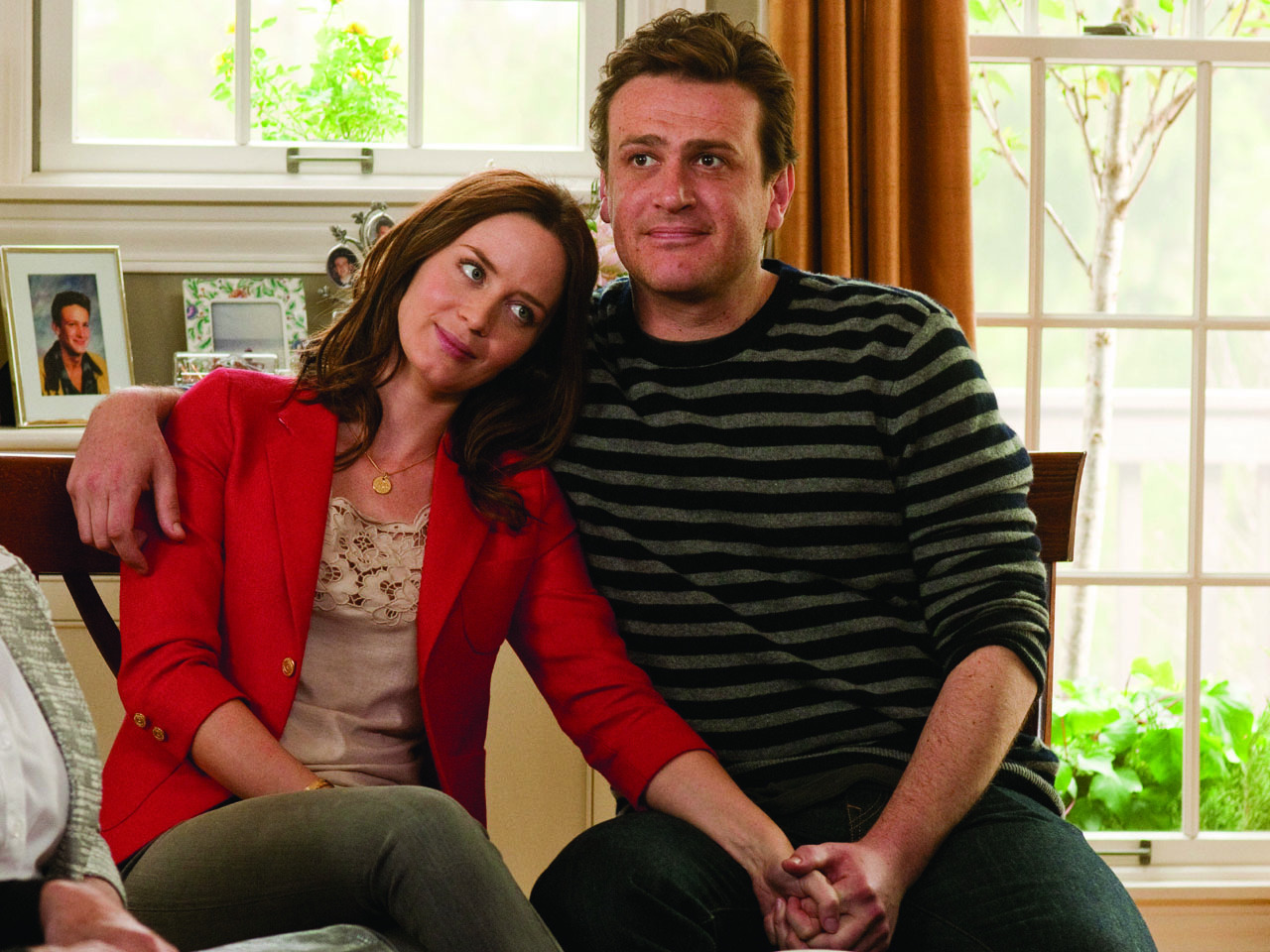 (CBS News) Jason Segel said he was forced to lose weight in order to be convincing as Emily Blunt's husband in "The Five-Year Engagement."

Segel revealed Monday night on CBS's "Late Show with David Letterman" that Rob Meyer, president of Universal Pictures, wanted him to lose weight for the role.

"I was told that it had to be conceivable that Emily Blunt would ever choose me to be her husband. Which is fair," said Segel.

The 32-year-old Segel had to work out twice a day on set and had to watch what  he ate, but he had a few tricks up his sleeve.

"What they didn't anticipate is that I'm very clever, Dave," he told the talk-show host. "I play a chef in the movie so there are a lot of scenes where I had to eat. So, I would pay my co-stars nominal amounts of money to mess up their lines during the scenes so I would get to keep eating."

"The Five-Year Engagement," which was co-written by Segel, opens in theaters Friday.