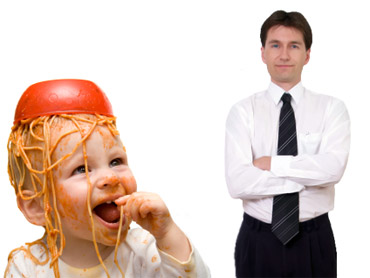 A new study suggests that a person's personality tends to stay the same over a very long period of time.

The study, from the University of California, Riverside, begs the question: Can we ever change our personality?

Biological anthropologist Dr. Helen Fisher says it's difficult, but not impossible and, on "The Early Show on Saturday Morning," she gave five tips on how to go about trying.

The study looked at people tested 40 years ago as children and found they'd retained many of their personality traits as adults.

Fisher explained to co-anchor Rebecca Jarvis that the personality is made up of two components -- character and temperament, with character the more changeable of the two.

If you want to alter your personality, Fisher says you should: write out a plan, place yourself in the right environment to achieve your goals, keep a journal, tell a friend, and reward yourself.

Your temperament, Fisher points out, is biological, so can't really be changed. Your character is what can be changed.

She says the environment is a huge factor someone's personality -- it steers and focuses it. You can't change your biology but you can change your cultural traits based on your environment. It's always a give-and-take between culture and biology. Let's say a child is curious -- can you undo that? Doubtful. You can beat the child every time he or she is curious, but it won't change the curiosity. He or she might not express it, but it will still be there. What about an uncurious child? You can make him or her more curious, but not as curious as one who is inherently curious.

Why is that someone's personality usually doesn't change? Because, says Fisher, we're always going to have our biology with us, which can't be changed most of the time. Verbal kids becoming socially skilled involve the same basic genetics. "The environment always molds your biology," Fisher told Jarvis.

It's possible to embody a different personality or different traits, it's just tiresome, Fisher adds. Different circumstances often breed different behavior. The bottom line is that we can act out of character, but it's tiresome.

How can you change your personality?

There's a saying in Zen Buddhism that the way out is through the door. If you want to become less shy, practice going up to people and talking to them. If you admire those who read a lot, start reading. Just jump in. People fall into bad habits and there are ways to change them.

For starters, write down what you want to change. Write out a plan and keep track of what works and what doesn't work as you go along.

You also want to be aware of the environment you place yourself in. You don't want to hang out with people who will do the opposite of whatever it is you're trying to achieve.

Another good thing to do is to keep a journal of your goals and how you're doing in reaching them. That helps you to keep tabs and track your progress.

You can also tell someone. Programs like Alcoholics Anonymous work because they make you check in with someone, someone you can tell what you've done and how you've handled situations, and it keeps you accountable to someone else.

If you're not comfortable telling someone, you can set up a rewards system for yourself, even if it's something as small as having marbles in one pocket and moving them to your other pocket whenever you do something positive based on your plan. Rewarding yourself can help motivate and track progress.

The basics are no different no matter how old someone is. What's a bit harder is making changes in children, because it's likely that any influence you place on them to behave a certain way will only heighten the problem. So, with young kids, you should lead by example, creating the right environment for them to operate in. Adults should set the standards -- things like cleanliness, tardiness, shouting -- a lot of things are picked up from the environment. So, if you create an environment without those things, you're helping your child to not pick up on them. And when you set those standards, you have to mean them. If you tell your child he or she shouldn't hit people with his or her toy truck, its more productive to say, "Don't hit people with your truck or else you will not get your truck back." And then stick to those standards that you've set. It needs to be things with feasible consequences that you can actually make happen - big, empty threats won't work.