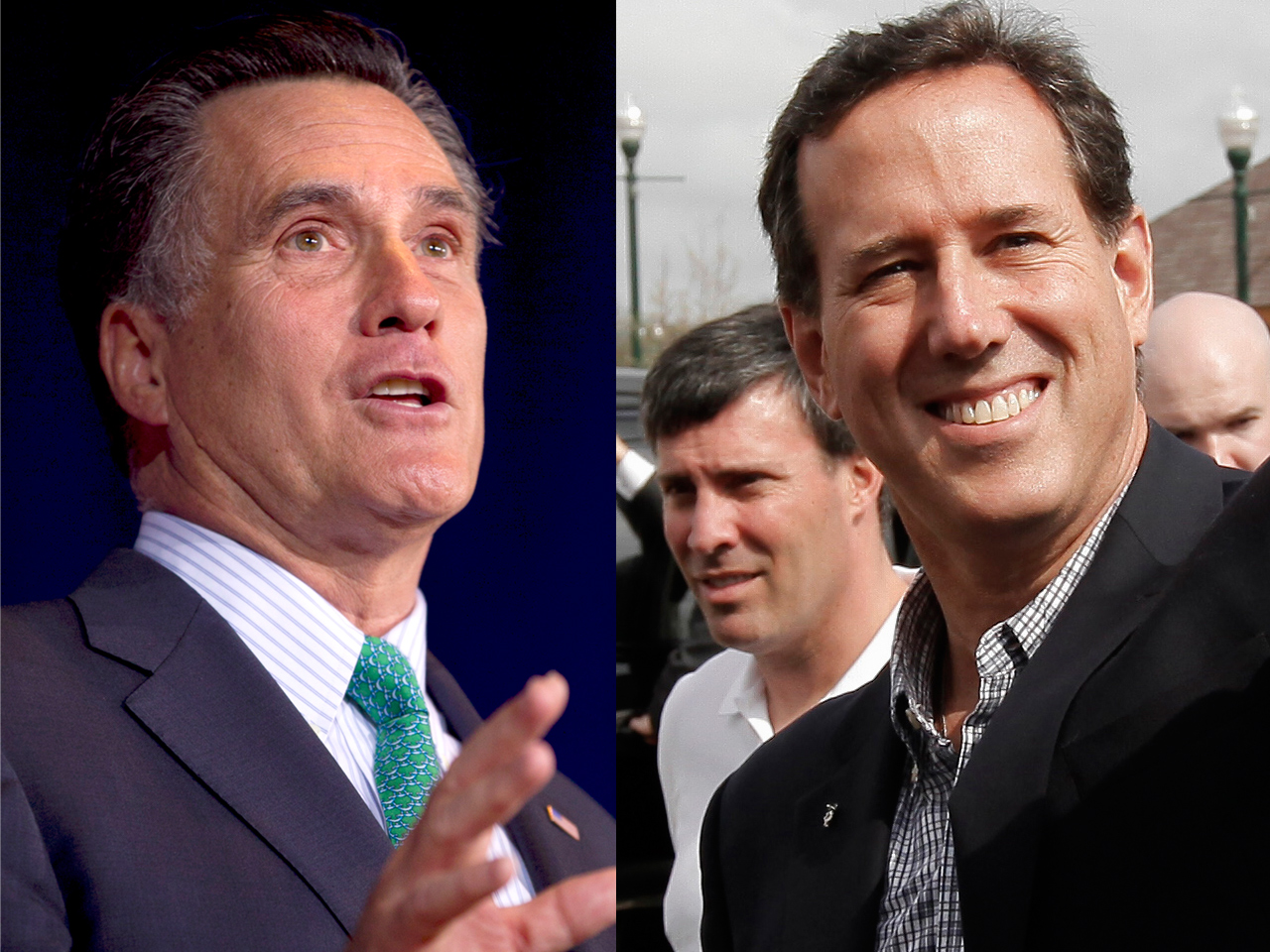 Illinois voters head to the polls Tuesday to select their choice for the best candidate to be the Republican presidential nominee. Here are five things to watch ahead of the evening's nominating contest.

Tuesday night's primary is basically a head-to-head match-up between what looks right now like the race's remaining two frontrunners: Mitt Romney and Rick Santorum. Newt Gingrich and Ron Paul are both essentially sitting out Illinois' primary in order to focus on other forthcoming contests - which means that Romney and Santorum have the unique opportunity to show the country what a two-man race would look like.

At the moment, it looks like Romney has a significant advantage in Illinois, which has a strong base of moderate voters in the large, Chicago-area suburban territories. In a recent ARG poll, the former Massachusetts governor led Santorum by a 14-point margin, with 44 percent support to 30 percent support. What's more, Santorum is not eligible for some of the delegates at stake. The former Pennsylvania senator does not have delegates on the ballot for him in four congressional districts, essentially ceding 10 of the available delegates.

A big win in Illinois would be a significant boon for Romney as he attempts to cast Santorum as increasingly unable to rack up the necessary 1,144 delegates needed to secure the Republican nomination. A wide margin of victory in the state could help Romney shore up his status as the "inevitable" candidate in the race.

But Santorum has stopped his rival from achieving such decisive victories in the past. In Michigan and Ohio, two Midwestern battleground states with industrial ties, Santorum mounted an unexpectedly strong challenge to Romney, ultimately allowing the former Massachusetts governor just narrow wins in both states. In Michigan, particularly, Romney's three-point win over Santorum was widely viewed as a disappointment: Romney grew up in the state, and his father served as its governor.

If Romney can hold onto - or better yet, build on - his current lead in Illinois, he'll be in a stronger position to convince voters that he's the only candidate with a real shot of winning the nomination.

Can Santorum broaden his appeal?

In last Tuesday's contests, in Mississippi and Alabama, Santorum proved his ability to win in the South - despite Gingrich's best efforts to stop him. In Illinois, the former Pennsylvania senator needs to show that he can do well in the suburbs, too. Recent exit polls have shown that candidate has strong support among evangelical and born-again Christians, very conservative Republicans, and conservatives in rural areas.

Romney, however, seems to have much stronger support among those who live in more urban areas - including the five counties that border Chicago. If Santorum can pick up support among this key demographic, it would prove that Republicans of all stripes are starting to stand behind him as a serious contender for the nomination.

Will Romney be able to dig into Santorum's base?

Just as Santorum must prove his ability to make inroads into Romney's demographic strongholds on Tuesday, Romney, in order to show his strength in large, diverse states like Illinois, needs to demonstrate that he can pick up votes in rural, staunchly conservative regions - particularly while his rivals continue to blast him as insufficiently conservative. Romney could put to rest some fears about his ability to appeal to conservatives if he banked strong showings Tuesday in the state's northern regions, as well as its more conservative downstate areas.

Still, the demographic breakdown of Illinois Republicans appear to favor Romney: Slightly more than half of the state's Republican vote lives in the Chicagoland region, in suburban areas Romney has dominated so far.

As Romney and Santorum battle it out for first place on Tuesday, Gingrich is likely to finish a distant third behind both candidates. Despite making a few campaign stops in the state last week, Gingrich essentially ceded the contest to his rivals in order to focus on Saturday's primary in Louisiana, where he has a better shot at performing well.

Still, as his competitors continue to rack up delegates, Gingrich will likely face increasing calls from the right to bow out. Depending on his performance Tuesday night, Gingrich may soon be unable to resist them any longer.

As voting takes place across the state, some precincts have already reported problems with the vote-counting process. In several counties, the paper ballots being used are too large to fit into the computerized vote tabulating machines.

The glitch could slow down calculation of the night's winners and losers, as ballots may have to be hand counted or manually cut to fit inside the scanners.