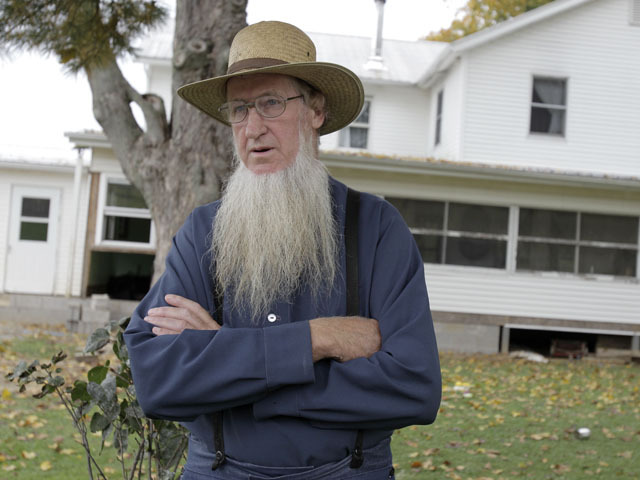 (CBS/AP) MILLERSBURG, Ohio - Five men suspected of forcefully cutting the beards of fellow Amish were arraigned Wednesday and each released on $50,000 bond posted by the leader of their breakaway group.

Miller and the Mullets had been arrested Saturday, and various media outlets reported the other two men turned themselves in Wednesday.

County prosecutor Steve Knowling told the newspaper bond was posted by Sam Mullet, the leader of their community and father of the Mullets. Jail personnel said Mullet would have paid cash or at least 10 percent to a bonding agent.

According to Sheriff Timothy Zimmerly, the men entered a home on Oct. 3 and used scissors and battery-powered clippers to cut the beards of the 74-year-old bishop of a mainstream Amish community and his son.

Zimmerly said the men told them, "We're here for Sam Mullet to get revenge," and held them down. He said the men then went to a nearby county, where a similar attack happened.

Amish men typically grow beards as adults and stop trimming them when they marry. The beards, and women's long hair, are held in high esteem.

Sam Mullet has said beard-cuttings are in response to criticism from other Amish religious leaders about his leadership practices. He denies ordering beard-cuttings but says he wouldn't stop them.