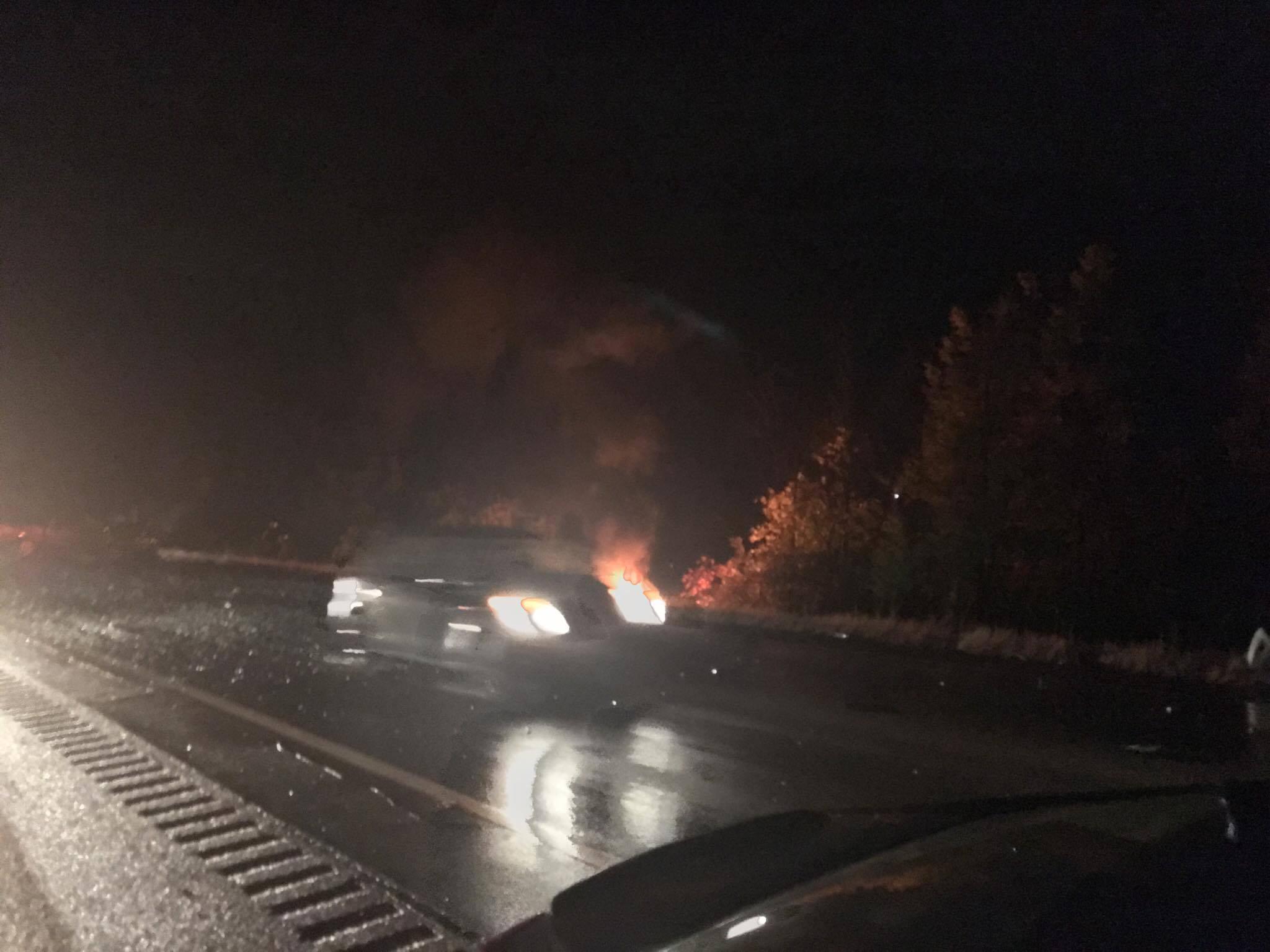 Henry says Bourgoin was traveling northbound in the southbound lane on the interstate between exits 11 and 12 when he collided with another car.

Police say that the car that was hit was full of teenagers. The car of the suspect who ran into the teens then burst into flames.

When police arrived to investigate and put out the flames on the burning truck, police tell WCAX that Bourgoin then stole the cruiser of one of the distracted police officers and headed south toward Richmond with police lights on. When Richmond police attempted to intercept him, the suspect made a U-turn and again headed north in southbound lanes.

Bourgoin later allegedly collided with about seven vehicles -- including one he’d already hit -- and was ejected from the cruiser, which ignited into flames.

Five people were pronounced dead at the scene.