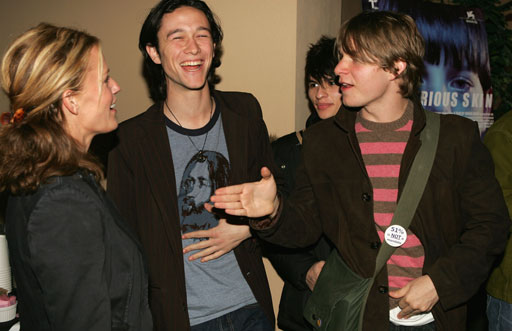 Anthony Munoz sniffed back sobs after his 17-year-old son introduced him. Paul Krause cried openly when speaking of his wife's recovery from a devastating car accident.

As usual, Tommy McDonald did things a little differently. His induction speech was a cross between a sermon, a Michael Buffer monologue and a rock concert.

Taking different paths to the podium, they were inducted into the Hall of Fame today, along with Mike Singletary and Dwight Stephenson.

"Oh baby!" shouted McDonald, the former Philadelphia Eagles receiver and smallest Hall of Famer at 5-foot-9. "Do I look excited, like I just won the lottery or the jackpot? Yes! I'm in the Hall of Fame!"

The talented -- and entertaining -- class brought the hall's membership to 194, with 50 in attendance, including Lou Groza, Gale Sayers and fan-favorite Art Donovan.

McDonald stole the show, improvising and scampering around just as he did during 12 seasons with Philadelphia, Dallas, the Los Angeles Rams, Atlanta and Cleveland.

He abandoned the usually serious tone of induction speeches -- cracking jokes about his wife, tossing his bronze bust around like a football, even pulling a radio out of a briefcase and holding it to the microphone. After dancing to the disco of the Bee Gees, McDonald introduced his fellow inductees with loud shrieks, high fives and chest bumps.

A more subdued but equally deserving group followed. Even as memories of their great careers flooded back, none of the five could believe they made it.

"We were driving up and I was the one asking the kids, 'Are we there yet?'" Munoz said. "And I ws driving. I kept saying, `We're on the way to Canton.'"

This class alone would provide the nucleus of an awesome Pro Bowl team. From their youthful looks and still-chiseled bodies, Munoz, Stephenson and Singletary could probably line up in the high school parking lot next door and play a few snaps.

"I don't consider eight years necessarily a short career, but it's not a long one," said Stephenson, 40, whose career was cut short by a knee injury. "I hoped that what I did in that amount of time would be enough to get me in."

Munoz, 6-6, 278 pounds, was one of the best offensive tackles ever to play. His glittering career with the Cincinnati Bengals included 11 consecutive Pro Bowls, and he was elected to the hall in his first year of eligibility.

Known for his flawless technique and tenacity, Munoz holds his less-than-gracious touchdown receptions among his fondest memories. For example, he caught one from a rookie quarterback named Boomer Esiason for the Bengals in 1984.

"The defense knew, the whole stadium knew because the microphone came on and said, `78 eligible,'" Munoz said. "Everyone knew I was going to run a route -- or I should say, waddle. They called it 78 delay."

Krause was considered one of the top outfield prospects in the country while at the University of Iowa. But a shoulder separation in a football game against Michigan limited his throwing ability and turned him into a free safety.

In four years with Washington and 12 with the Minnesota Vikings' dominating defenses of the 1960s and '70s, he had an NFL-record 81 interceptions.

His wife, Pam, is recovering from a car accident 2½ years ago that left her in a coma for more than five days and close to death. Krause wept as she was helped to her feet to acknowledge an ovation.

"We've been through some tough times lately, but we've stuck together because we love each other," Krause said.

Singletary spent 12 hard-hitting years as a linebacker with the Chicago Bears. Known for his intense eyes and rigorous game preparation, he was the soul of the Bears' stingy defense, finishing first or second in tackles 11 years in a row and playing in 10 Pro Bowls.

Singletary, a deeply religious man, had prayed that his parents would be healthy enough to make it to the ceremonies. They were on hand to watch his wife, Kim, present him.

"I wanted to choose someone who knew me at my best and at my worst and still loved me," Singletary said.

Stephenson starred at a center for a series of high-scoring Miami Dolphins teams from 1980-87.

"For a long time, he wasn't recognized as the best center to ever play and I believe he is," Dolphins quarterback and Hll of Famer-in-waiting Dan Marino said.

Commissioner Paul Tagliabue, booed mildly by Ohioans still waiting for the Cleveland Browns to get back onto the field, paid tribute to Hall of Famer Doak Walker, who was paralyzed in a January skiing accident.