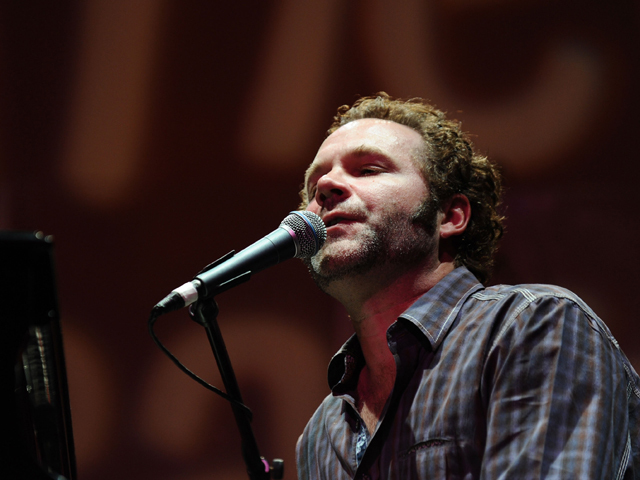 Many singer-songwriters have the ability to touch people with their music, but it's not often that a song becomes a true part of American history.

John Ondrasik's hit song, "Superman" unexpectedly did just that as it became an anthem in the days after 9/11. Its lyrics resonated with people, bringing a sense of raw humanity and comfort to those who needed it most.

While "Superman" was nominated for a Grammy, Ondrasik, also known as Five for Fighting, learned that no accolade in the world could measure up to knowing his words and melodies helped heal the pain.

"It was a surreal experience, as you can imagine," Ondrasik told The Associated Press about his performance of "Superman (It's Not Easy)" at the Concert for New York City, held at Madison Square Garden on Oct. 20, 2001.

When he looked out into the sea of faces, he witnessed first responders and some families of the victims of the terrorist attacks just trying to cope with the loss. Some were crying, some were singing along and many just were listening to the piano and his gentle lyrics.

"I was honored to be there and blessed to be able to say thank you through a song to those emergency workers who had been down at ground zero for a month, and frankly, to be able to meet the family members of those who had lost loved ones and give them hugs and shake their hands and kiss their children on the forehead and kind of share that sorrow and experience," he explained. "And, hopefully through a song, I provided a little solace."

The 46-year-old platinum-selling artist returned to the New York area this weekend to play at a few charity events, as well as perform "Superman" at halftime of the Dallas-Cowboys-New York Jets game Sunday night at MetLife Stadium in New Jersey. He has performed in New York many times since the attacks, but this weekend woudl surely prove pecial.

In addition, he performed "Superman" live from ground zero on "The Early Show on Saturday Morning."

"I've been very careful since 9/11 with performances of 'Superman,' especially in New York City, because you want to be very respectful and you never want a tinge of exploitation," he said. "But considering this is the 10-year anniversary, I did think it appropriate for me to come to New York and do a few events - not a lot - but do a couple of things to pay tribute not only to the emergency workers and the families who lost loved ones, but to remind ourselves of 9/11."

"I was happy that that song existed at that time for many people," said Ondrasik, who originally released it in 2000. "I think it showed me for the first time in my life the true power of music and how music can transcend."

Ondrasik was on tour in London at the time of the attacks, and "Superman" was just starting to get lots of play overseas.

"Then, with the Concert for New York City, I kind of got a sense of what this song was going to become," he said. "It was heavy, man. Very heavy."