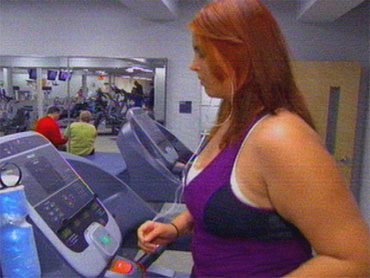 Fitness levels decline with age and accelerate after age 45 in men and women, a new study says. But staying at a healthy weight and engaging in regular physical activity can help.

"The U.S. population is aging and is becoming more obese and sedentary," Andrew Jackson, PED, from the University of Houston and colleagues write in the Oct. 26 issue of Archives of Internal Medicine.

They add that low fitness levels increase the risk of diseases and interfere with the ability of older adults to function independently.

The study included data on 3,429 women and 16,889 men aged 20 to 96 who participated in the Aerobics Center Longitudinal Study between 1974 and 2006. Most participants were white, well educated, and middle- to upper-socioeconomic class with access to health care.

Participants completed between two and 33 health examinations and had treadmill exercise tests to assess cardiorespiratory fitness.

Although fitness levels declined over time, cardiorespiratory fitness declined more rapidly after age 45, and the decline was greater for men than for women, the researchers say.

Body mass index is a widely used calculation based on a person's height and weight. A person with a BMI of 25 to 29.9 is considered overweight, and a BMI of 30 and higher is considered obese.

Because increasing rates of obesity and low levels of physical activity have been observed in the general population, the researchers say their findings suggest that more men and women will reach the fitness level designated by the Social Security Administration as representing disability at a younger age.

"These data indicate the need for physicians to recommend to their patients the necessity to maintain their weight, engage in regular aerobic exercise, and abstain from smoking," the researchers say.

"The finding that BMI and a habitual level of physical activity are important determinants of (cardiorespiratory fitness) raises a lifestyle concern for the older adult population," the researchers write.
By Bill Hendrick
Reviewed by Louise Chang
©2005-2008 WebMD, LLC. All rights reserved

Poll: Most Adults Are "Morning People"