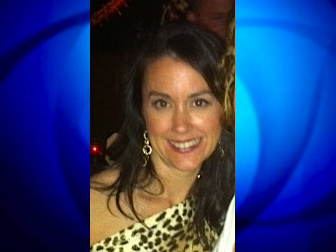 Loper was reported missing Tuesday from the Gleneagles Country Club in Plano where she worked, and authorities said there were signs of a struggle in the club's fitness room.

Loper's purse and cell phone were at the club. Her car was missing from the lot but was found later, CBS affiliate KTVT reported.  Police believe Loper had made it to work on Tuesday, since all of her belongings were there.

"Everything there that our investigator located... things they found there makes us believe this was a possible abduction," said Rick McDonald, a Plano police spokesman.

Plano police said they've executed a search warrant at the Frisco home of Loper's ex-boyfriend. Detectives removed items from the house, but did not find the man, police said.

Family, friends and co-workers became concerned when Loper missed several appointments. Her best friend Julie Mitchell explained, "She is a very routine driven person. She has never, not done what she was going to do. She has never stood up an appointment."

Loper was set to open her own fitness studio later this week, according to KTVT.