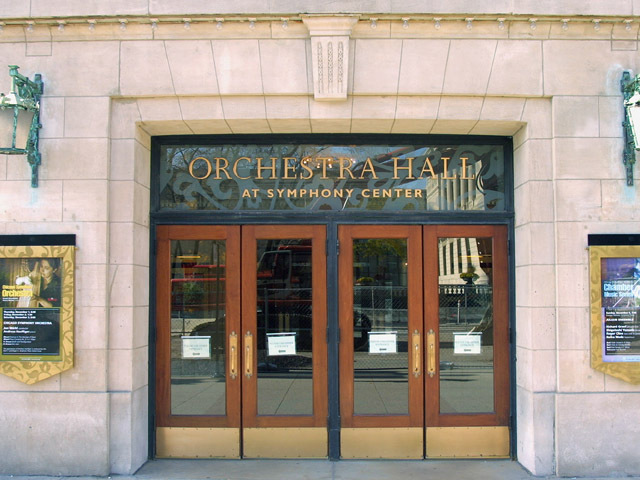 (AP) CHICAGO - It was an unusual backdrop for a fistfight: Maestro Riccardo Muti was nearly through the second movement of Brahms Symphony No. 2 at the normally staid Chicago Symphony Orchestra when two patrons went at it.

Concert-goers at Orchestra Hall were all the more stunned Thursday because the two men were fighting in one of the boxes where the well-to-do normally sit in decorous self-restraint.

The Chicago Sun-Times reported Saturday that the ruckus began when a man in his 30s started punching a 67-year-old man in one of the boxes.

"We heard a rather loud thump," said Steve Robinson, general manager of Chicago's classical and folk music station 98.7 WFMT, who was at the performance but didn't see the fracas. "It wasn't so loud that everyone jumped up and ran for the exits."

Police said the fight was the result of an argument over seats. The older man had a cut on his forehead; the other left before officers arrived.

All the while, the concert went on. Though patrons said Music Director Muti gave the two men a sharp, irritated look — one person called it "dagger eyes" — before continuing on with the third movement.

"Mind you, he never stopped conducting," Robinson said. "He very gracefully, without missing a beat — literally — he brought (the second movement) to a very quiet and subdued close, while still looking over his left shoulder."