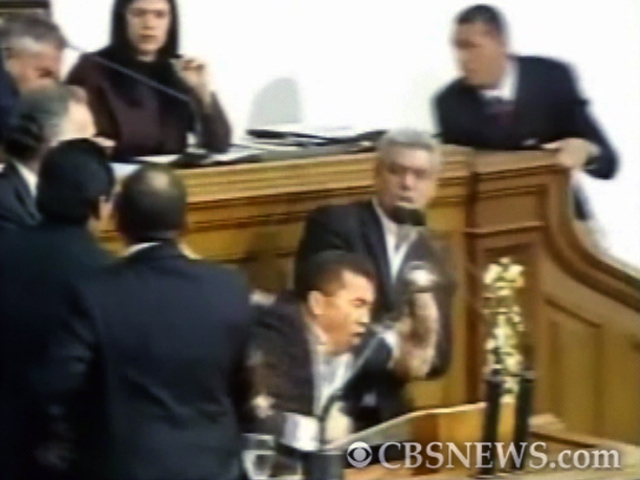 Opposition deputy Alfonso Marquina marched up to the podium to protest the presence of a boisterous group of Chavez supporters in the audience.

A ruling party deputy, identified by local media as Henry Ventura, began arguing with Marquina and the two came to blows.

Legislators flooded the scene in a pushing match until soldiers intervened.

Tensions have been high since the new assembly took their seats on January 5th, 2011.

After an opposition coalition won about half the popular vote and 40 percent of parliamentary control in September's legislative election, Chavez sidelined the gains by pushing a host of laws through the outgoing parliament to entrench socialism and boost state control.

Among those laws was a ruling that allowed him to rule by decree, thereby bypassing the legislative body.

The moves by the South American OPEC member nation's socialist leader have deepened the chasm between the two factions.