Before exhausted lawmakers went home, they met in closed session to extend the inquiry into the Kathleen Willey case and to subpoena, among others, the president's lawyer, Robert Bennett.

Committee officials announced that President Clinton's closest aide, Bruce Lindsey, also would be subpoenaed. No vote was required, because Democrats did not object. All four will appear for sworn interviews in closed session, but it is not clear that they would testify at hearings.

CBS News Correspondent Barry Petersen reports that Mr. Clinton, traveling in Asia, said he did not see any of the hearing but did get a "cursory" briefing. He did take issue with the committee's vote to subpoena Bennett.

When a scheduled news conference ran short with no impeachment questions, the president volunteered to take a few questions, including one on his reaction to a subpoena for Bennett.

"As far as I know, there has never been a case where a person's lawyer was asked to come and testify," Mr. Clinton told reporters at Tokyo's Haneda airport before boarding Air Force One for a flight to Seoul, South Korea.

Starr made a grueling, 12-hour appearance before the committee Thursday, fencing with hostile Democrats and basking in Republican praise before engaging in a much-anticipated showdown with Kendall. Starr was so much in the spotlight that the facts of his impeachment referral on the Lewinsky matter barely got a mention.

CBS News Correspondent Phil Jones reports that the hearings had barely begun when the partisan gloves came off. Democrats wasted no time in letting Republicans know they were not going to make it easy for Starr.

As the day wore on, things got hotter as Democrats raked Starr over the coals for waiting until after the elections to exonerate the president of any wrongdoing in the misuse of FBI files and the firing of the White House travel office personnel.

White House spokesman Joe Lockhart later echoed their criticism, saying, "Mark McGwire hit 70 home runs beween the time Mr. Starr came to some of these conclusions and when he decided to tell us about it."

Starr's most passionate moment came as he laid out a case against the president.

In an hour of high drama, Starr and Kendall, two titans of the Washington legal establishment, battled each other as if they were performing for a courtroom jury.

"Let me begin with the simple but powerful truth that nothing in this overkill of investigation amounts to a justification for the impeachment of the president of the United States," Kendall said before extending greetings to Starr.

It was one of the last peaceful exchanges between the two.

"I thought that what we were here today to discuss is a referral, which we believe contains substantial and credible information of potential impeachable offenses by the president of the United States," the prosecutor told Kendall after the lawyer kept attacking Starr's conduct.

"There has been no case remotely similar to this in terms of the massive leaking from the prosecutor's office. I think we know that," Kendall said.

Hel asked at another point: "And has anybody been fired from your office, Mr. Starr, for leaking?"

"No, because I don't believe anyone has leaked grand jury information, Mr. Kendall," the prosecutor snapped back.

Republicans characterized the subpoenas as the next logical step to move the inquiry forward. Members now have heard marathon testimony from Starr and read mountains of evidence he submitted in September to back his allegations that President Clinton committed impeachable offenses, including perjury and obstruction of justice, in the Lewinsky matter.

"I think we're just going forth, trying to make sure that we've got all the evidence," said Rep. Steve Chabot, R-Ohio. "I think that we're making some real progress."

To Democrats, the new subpoenas were a Republican admission that the evidence so far has led to no impeachable offenses.

"Tht comes to bad news for the most angry Clinton haters," said Rep. Barney Frank, D-Mass. "Hope springs eternal in the breasts of the right wing, but I think it's less and less likely they're going to come up with anything."

CLICK HERE for details of Starr's opening statement to the committee.

In the closed session, the committee also voted party line for a Republican resolution that refused to recognize attorney-client confidentiality in the inquiry. Lindsey, a deputy White House counsel, has unsuccessfully raised that issue in federal court to keep from answering some questions in Starr's investigation.

Throughout the day Thursday, Democrats pounded Starr with allegations of misconduct, accusing him of failing to disclose contacts with Paula Jones' lawyers to the Justice Department and by discouraging Lewinsky from calling her lawyer last January, when prosecutors and FBI agents working for Starr first confronted her about the affair with the president.

While Starr denied misconduct with Lewinsky and denied he had any conflicts, he willingly agreed with Republican assertions that Mr. Clinton lied time and again to conceal his relationship with the former White House intern.

At the end of his appearance, Republicans gave the former appellate court judge a standing ovation.

Starr's testimony was the first the committee had taken since receiving boxes of his evidence this fall. While the full GOP-controlled House has voted for an open-ended inquiry, Republican appetite for prolonged proceedings has diminished markedly in the wake of election setbacks. Thus, it was not clear whether - or when - articles of impeachment would ever emerge from the panel.

©1998 CBS Worldwide Corp. All rights reserved. This material may not be published, broadcast, rewritten, or redistributed. AP contributed to this report 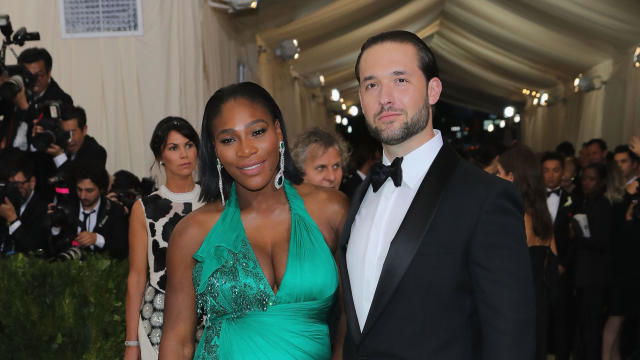