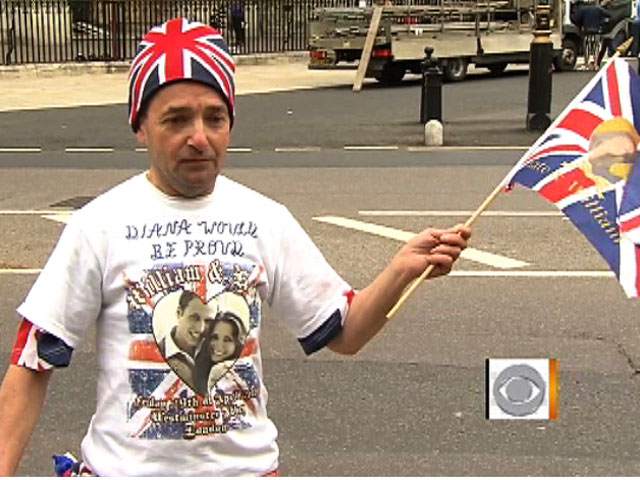 (CBS) Who's the first person to claim a place in what will no doubt be a crush of royals fans outside Westminster Abbey when Kate Middleton and Prince William wed on Friday?

He calls himself "the biggest royal fan there is," says "Early Show" co-anchor Erica Hill, who's in London to cover the big event. Loughrey's staked out a spot, ready to go for the big day.

He is, reports CBS News correspondent Mark Philips, "a famous royal groupie here, perhaps among the more famous in the country. ... He's brought his sleeping bag. He'll be staying here for these next three days. And he's just the first of many."