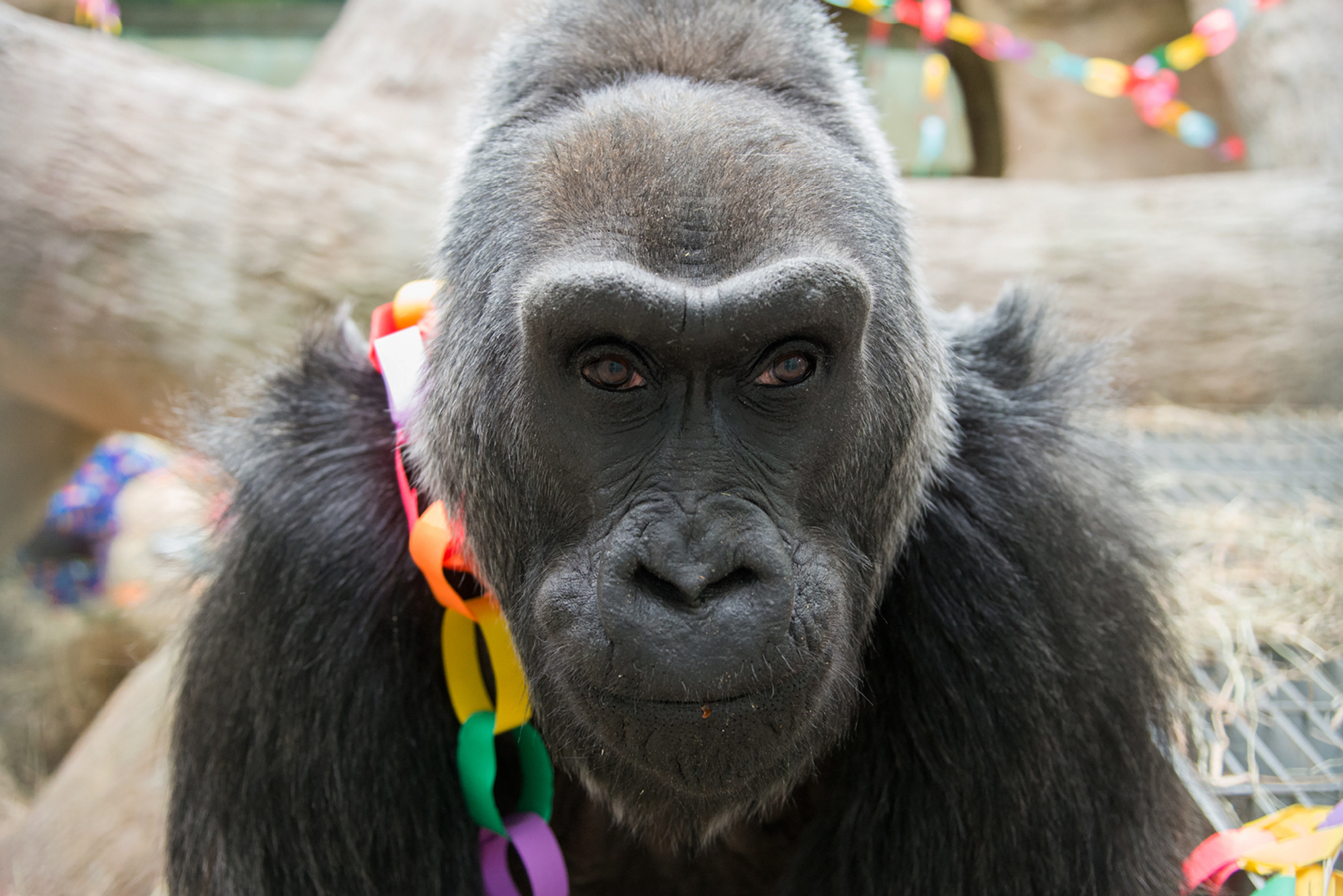 COLUMBUS, Ohio -- The first gorilla born in a zoo is turning 58 with a celebration broadcast live to online viewers from her Ohio home.

The zoo said its website would have video of Colo receiving the cake, opening presents of tomatoes and clementines and being serenaded by zoo staff and visitors.

Colo was born at the zoo in 1956. Officials there say she is the oldest gorilla in any zoo.

Colo is a mother of three. Her family tree includes more than two dozen descendants living at zoos across the country. She had three great-great-grandchildren.

According to the zoo's website, Colo's name is short for her birthplace: Columbus, Ohio.