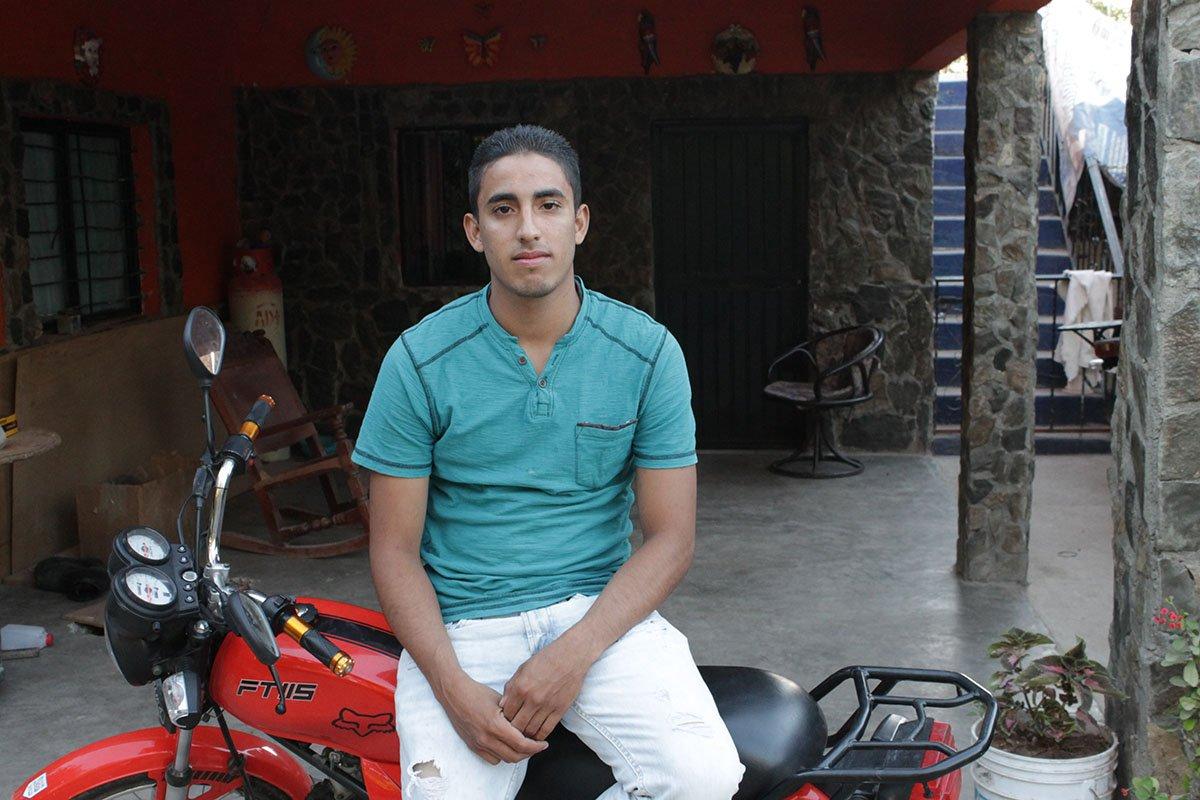 CALEXICO, Calif. -- An immigrant who had been shielded from deportation but was sent back to Mexico has been arrested for returning to the United States for the second time this year, authorities said Wednesday.

Juan Manuel Montes, 23, was taken into custody near Calexico for illegally re-entering the United States late Monday night, the U.S. Border Patrol said in a statement.

Montes was spotted by agents just north of a border fence, and ran from them for about 200 yards before laying down. He then attempted to get up again and run, but was quickly caught, the Border Patrol said.

"Border Patrol Agents will always stop, detain, and arrest anyone making an illegal entry into the country irrespective of their immigration or citizenship status," the agency's statement said.

According to his lawyers, Montes was the first-known participant in the five-year-old Deferred Action for Childhood Arrivals program to be deported under President Trump.

The program - which Mr. Trump announced in September he was ending - gave work permits and deportation protection to nearly 800,000 immigrants in the country illegally who were brought here as children. Its participants are sometimes known as "dreamers."

Montes claims he was wrongly expelled in February from the United States, but the administration said he left the country voluntarily, causing him to lose his protected status under the program.

Montes says that, on the night of Feb. 18, he had finished dinner with a friend and was seeking a ride home in Calexico, a California border town, when a U.S. agent stopped him and Montes failed to produce identification. He says agents questioned him for hours before forcing him to Mexico without any paperwork.

Montes says he tried to return to the United States the following night by jumping the border fence in Calexico, was caught by Border Patrol agents and deported to Mexico again.

The Department of Homeland Security says it has no record that authorities deported Montes the first time and insists that he crossed into Mexico voluntarily, causing him to lose protected status.

Montes claimed he was wrongly expelled in February from the United States, but the administration said he left the country voluntarily, causing him to lose his protected status under the program.

Montes, who came to the U.S. when he was 9, has a cognitive disability that likely stems from a childhood brain injury, according to his lawyers.

Montes graduated from high school in 2013 and pursued a welding degree at community college, his lawyers have said. He then worked two years picking crops in California and Arizona.

Montes qualified for DACA in 2014 and renewed his status for two years in 2016.