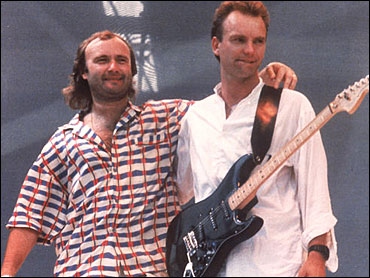 Baraquio gasped when co-host Donny Osmond announced her name, and then hugged first runner-up Miss Louisiana Faith Jenkins before ducking down to receive the crown and begin the traditional runway walk Saturday.

Baraquio, who is of Filipino ancestry, is the first Asian-American woman to be crowned Miss America and is the second Miss Hawaii to win the national pageant after Carolyn Sapp of Honolulu won in 1992.

"I'm standing in the top five and I'm thinking `How do they pick from 51 awesome, amazing, phenomenal wonderful girls who've become my best friends over the past three weeks?'" a breathless Baraquio said after the crowning. "I'm very honored and very humbled."

A devout Catholic, she said she prayed before each part of the competition. "I'm not one to wear my faith on my sleeve. What I do is, I try to live it," she said.

Along with the crown, Baraquio won a $50,000 scholarship.

Besides teaching at a Catholic school in Honolulu, Baraquio is the school's athletic director and coaches basketball, volleyball and track. She said she wants to obtain a master's degree in educational foundations and eventually become a school administrator.

Baraquio grew up with nine siblings in Hawaii, plays keyboard for an all-girl rock group called High Tide and performed the hula for the talent competition. Her parents came to Hawaii from the Philippines - her mother, Rigolette, from Manila and father, Claudio, from the province of Pangasinan in the northern Philippines.

"Angela, she's genuine," her 33-year-old brother, Jerome, said as he watched a tape-delayed broadcast of the pageant with about 500 friends, relatives and schoolchildren at Holy Family Catholic Academy. "When she works with the children they really feel that strong bond with her. She really means what she says and says what she means. Angie is a great Miss America."

Among the other contestants in the 80th annual pageant that ended Saturday was Miss Iowa Theresa Uchytil, 24, who learned how to twirl the baton despite being born wit only one hand, and Jenkins, 24, a Louisiana law student who got involved in literacy volunteer work because her mother didn't know how to read.

For the first time, the panel of celebrity judges also included the winner of an Instant Celebrity Judge sweepstakes. Melanie Brock, a 46-year-old marketing executive from Lansing, Michigan, was chosen from 70,000 entries, and joined Olympic gold medalist Lenny Krayzelburg on the judging panel.

Baraquio succeeds Miss America 2000 Heather French, 25, of Maysville, Kentucky, the daughter of a disabled Vietnam veteran. She spent her year campaigning on behalf of homeless veterans.