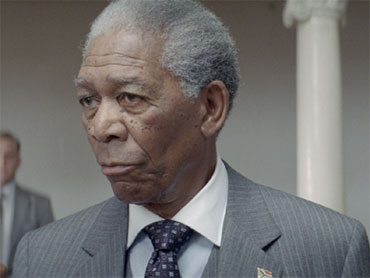 A Los Angeles political firm denies it misled a congressional candidate in North Carolina about a radio ad for the candidate using an actor that sounded like actor Morgan Freeman.

MEI Political said in a statement Tuesday it made clear verbally and in writing to Republican B.J. Lawson's campaign that it was using a voice double of Freeman for the ad.

Lawson apologized Monday to Freeman after falsely claiming the actor had done a voiceover for his campaign. The campaign blamed MEI Political for the incorrect claim about the ad.

MEI's statement says it discussed with Lawson's campaign that Freeman was a Democrat and would probably never do an endorsement for a Republican candidate.