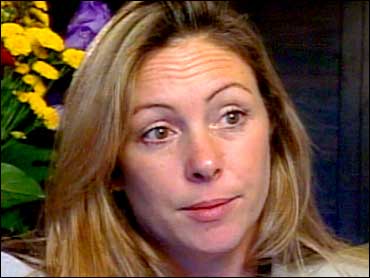 More than two years after the Sept. 11 attacks on the World Trade Center, a group of New York City firefighters and their families are still reeling from the emotional impact.

At least eight of the firefighters have left their wives and children to start new lives with the widows of firefighters who died that fateful day, The Early Show national correspondent Jon Frankel reports.

Among them are firefighters of Rescue 5, a company that lost 11 members on Sept. 11, 2001. [A total of 343 firefighters were killed in the attack on the World Trade Center.]

Because their husbands were friends working together at Rescue 5, Mary Koenig and Madeline Bergin knew one another. That's why Koenig didn't object at first when her husband, Gerry, often left her and her two children alone to help Bergin, whose husband had died that day.

Now when she talks about her ex-husband, Mary Koenig, whose divorce became final last month, says, "I never really got to see him again after Sept. 11."

Like the other surviving members of Rescue 5, Gerry Koenig went to Madeline Bergin's aid in the days following the attack.

"But then after the funeral, it was just his birthday, just their anniversary, just this one dinner, the kids have this -- just this, just that," says Mary Koenig. "And I'm thinking every day there's an excuse."

The Koenigs moved to a new house in October of 2001. But Mary Koenig says her husband never really lived there. And their plans to build their dream home on the property vanished with the passing months.

Mary Koenig says, "I believe that if he went to counseling and was made aware of it and was not allowed to be there longer than a certain amount of time, I believe it would not have happened."

Psychotherapist Lauren Howard says it was human nature that took its toll on the Koenigs' marriage.

"When people are vulnerable," Howard explains, "when they are traumatized or fearful or feel hopeless, they are susceptible - when they connect with someone - to feelings of great love and intimacy. What is the name of that syndrome? Human nature."

Human nature also took a toll on the Zazulka family when John, a firefighter, came to the aid of another FDNY widow and walked away from his marriage.

Susan Zazulka says, "I trusted him. I never even gave it a second thought with him helping the families because I felt their pain."

Now, that pain is haunting the children of some of the surviving firefighters.

Daughter Kristin Zazulka asks, "Why did they give any widow my father? If they would have given them counseling instead of my father, this wouldn't have happened."

Mary Koenig is as much a victim of Sept. 11 as Madeline Bergin. "I lost my husband and my life and my future," she says. "And I have to sit here and say, 'Who am I? Who do I want to be? And what do I want for the rest of my life?' Because what I had, I can't have now."

The fire department says it encouraged firefighters and their families to take advantage of the free counseling services that were available. But the counseling was not mandatory.

Dad seen on tape beating daughter: I was right