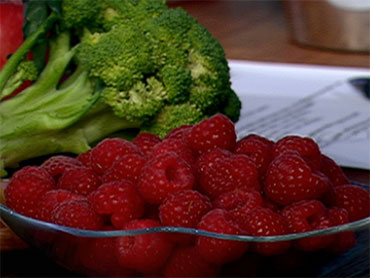 Firefighters are gaining ground on the large wildfire that has roared through southern Arizona, but officials are only now realizing how destructive the blaze was.

Arizona officials upped the damage estimates from the wildfire, which singed the mountaintop vacation hamlet of Summerhaven, near Tucson. New data showed 345 building were destroyed last week, not the 250 originally feared.

The blaze on Mount Lemmon has charred about 25,000 acres on the mountain but is now 25 percent contained. More than 1,200 firefighters and support personnel had been deployed.

The fire destroyed seven transmission towers and damaged six others. The financial costs of the damage haven't yet been estimated and not all the homes on the mountain have been accounted for.

The wildfire was one of many that burned Tuesday in Arizona and New Mexico. Firefighters in both states were hampered by hot, windy weather, low humidity and dry vegetation.

In Albuquerque, a wildfire that leapt across the Rio Grande forced about 1,000 people — including the mayor's family — to temporarily evacuate their homes and prompted the governor to declare a state of emergency.

The blaze burned through more than 600 acres of brush and other vegetation along the river, causing a power outage that temporarily left 16,000 homes and businesses in the dark and shutting down Interstate 40 for several hours.

Most of the evacuees from homes on both sides of the river were allowed to return home at around 10 p.m. Tuesday, Albuquerque Fire Chief Robert Ortega said. A house under construction was destroyed and another home was damaged.

The cause of the Albuquerque blaze was being investigated. "Every indication we have at this point is that this was caused by fireworks," said Mayor Martin Chavez, whose wife and children were among the evacuees.

By late Tuesday, firefighters, with the help of water drops from a pair of helicopters, had gained the upper hand on the fire, Ortega said. But much work remained.

"We'll be here for two or three days trying to put this thing out," Ortega said.

The fire burned along the west side of the river, then jumped the river and at one point threatened homes on the east side, in an area of north Albuquerque where numerous high-priced homes are located.

"You can see the flying embers, it's scary," said Liz Lardizabal, whose home is located on the west side of the river. "The whole street in front of our house is solid with fire trucks."

Lt. Gov. Diane Denish announced the state of emergency from the fire command center in Albuquerque while Gov. Bill Richardson was en route. Richardson and Chavez returned Tuesday to New Mexico from a visit to Mexico.

Across the country, 11 large fires that have covered more than 100,000 combined acres were burning in three states Wednesday.

A 40,000-acre blaze in Alaska continued to burn without any containment by firefighters. In Arizona, besides the large Aspen fire, four other fires continued to burn. A 12,000-acre fire in the Tonto National Forest was 60 percent contained. Fires totaling 31,000 acres were raging in New Mexico.