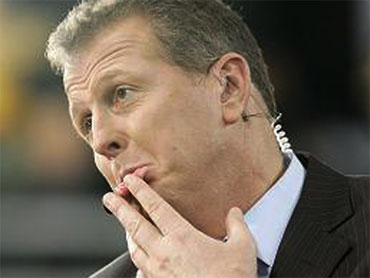 The former ESPN football analyst admitted to taking a cellphone picture of his genitals and showing the image to co-workers at a bar in 2006, according to USA Today.

The all-sports network suspended him soon after, and declined to renew his contract in 2008. Salisbury was an NFL quarterback for eight years and an ESPN NFL analyst for 12.

"I was ashamed, and I didn't want to say anything," Salisbury told Michael Hiestand of USA Today. "I thought it would go away and let my ego get in the way. Since then, I've beat myself up about it more than 10 baseball bats could. A stupid mistake can cost you, and this has really cost me. I should have been having this conversation a long time ago."

Prior to the admission this week, Salisbury had vehemently denied the allegations. He even brought a lawsuit against sports blog Deadspin.com about the matter.

The former quarterback said the flashing only happened once, and that it was a "sophomoric mistake."

"It was stupid —dumb!— but not malicious," he said. "How can it ruin a good career?…I've gone from being on six days a week to disappearing."

Salisbury said that it "feels good" getting the matter off his chest.