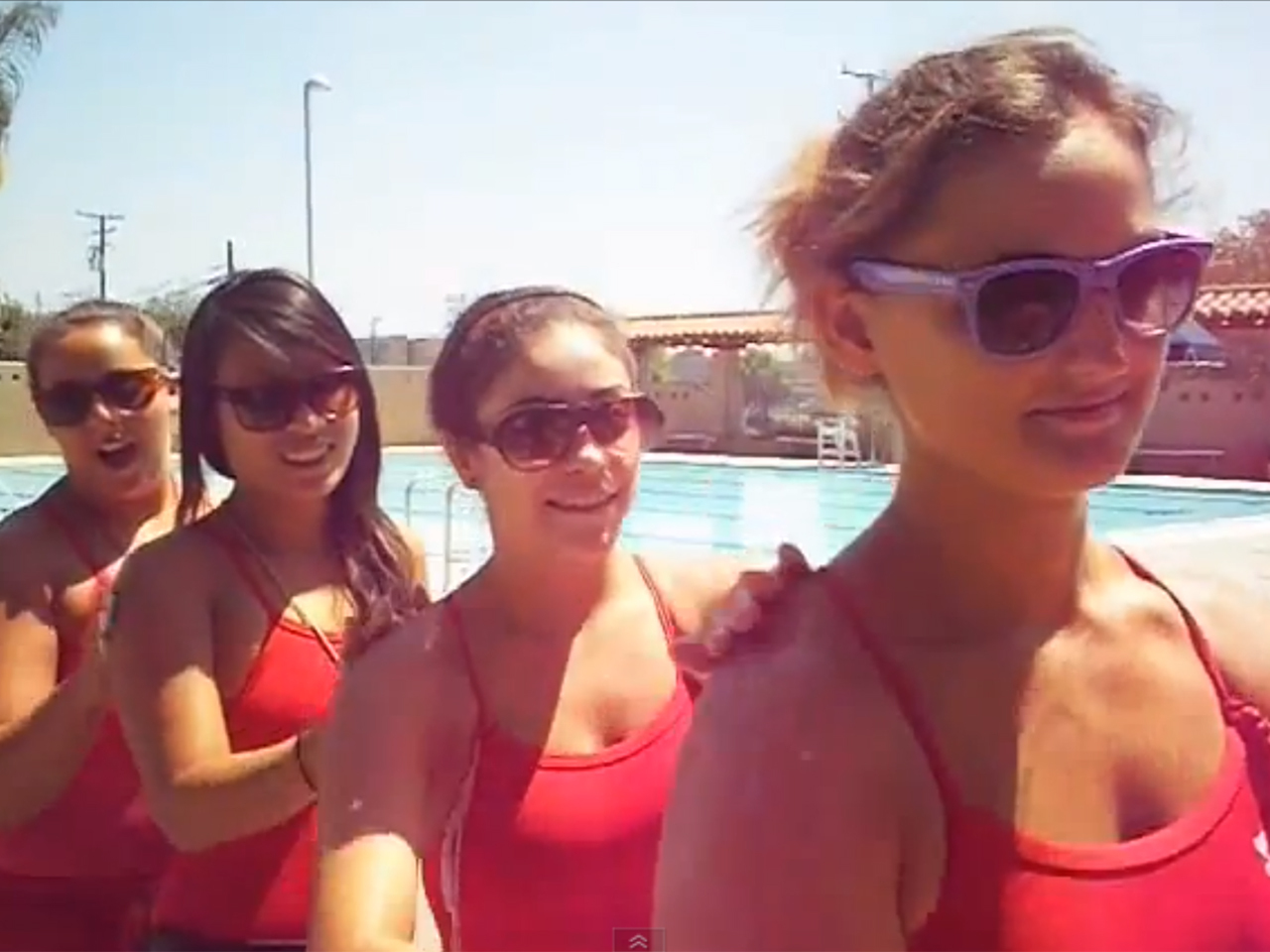 The California lifeguards say their lighthearted video was simply misunderstood.

The video certainly looks innocent enough. The 14 lifeguards, employed by the city of El Monte, Calif., say they used their break time to make a spoof of the mega-hit video that, since being posted on YouTube two months ago, has been viewed more than 200 million times.

But the tribute video called "Lifeguard Style" ended up sinking the lifeguards. They were all fired. The City of El Monte issued a statement saying there was "a clear unauthorized use of city resources and property, including the use of city facilities and city-issued uniforms during the making of this unauthorized video."

Juliet Gilek was fired after working as a lifeguard and instructor for six years. She told CBS News, "I was in shock. Because I really didn't think that it would escalate to termination. ... I loved what I did. I loved teaching the kids. I loved making sure everybody was safe. So I would never have wanted to hurt the pool in any way. This was just a fun thing to capture our memories with."

It can be argued that video spoofs are now an entrenched part of the cultural conversation. Not only have many other groups done take-offs on "Gangnam Style," a quick YouTube search finds dozens of amateur versions of "Call Me Maybe" by Carly Rae Jepsen, and "Friday" by Rebecca Black.

Bob Barker returns to "The Price is Right"

Bill Werde, editorial director of Billboard magazine, said, "Maybe some of this is just a generational divide, that maybe there's people on the El Monte City Council who don't fully appreciate that this is just the way people communicate today."

Even Psy himself says El Monte might have gone off the deep end. He's pleading for the lifeguards to get their jobs back. Psy made this appeal on MTV: "I'm begging you to do not fire, please."

Last night, the fired lifeguards were hoping the El Monte City Council would throw them a life preserver. The Los Angeles Times reports as the meeting drew to a close, Mayor Andre Quintero said he will request an independent review "of policies and procedures in this incident."

Some say the situation is just the 21st century version of the generation gap - grown-ups just don't understand what the kids are up to. Except now, the whole world really is watching.

For more on this story, watch Bill Whitaker's full report in the player above.