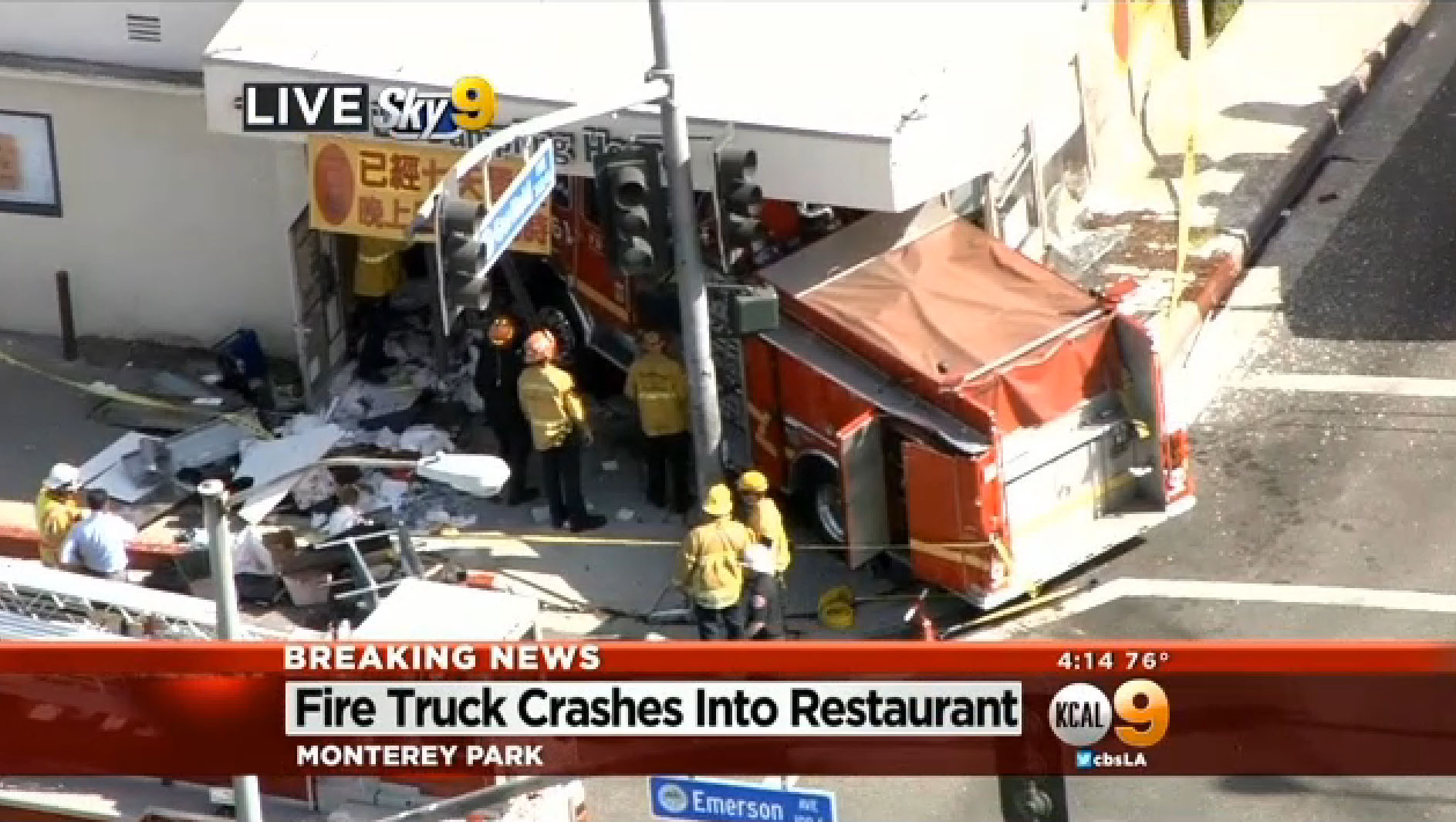 The incident occurred at the corner of Emerson and Garfield avenues. Two fire engines, one from Monterey Park and one from nearby Alhambra, collided at the intersection, sending the Monterey fire engine crashing into Lu Dumpling House.

"I've got a total now of 14 patients. At this time we have one critical and we have three to four minor to moderate (injuries)," Birrell said.

There is one confirmed injury of a person in the restaurant.

A fire department official said the trucks were both responding to a same house fire on East Graves Avenue when they collided.

The Monterey Park Fire Department was treating the injured and transporting victims to hospitals.