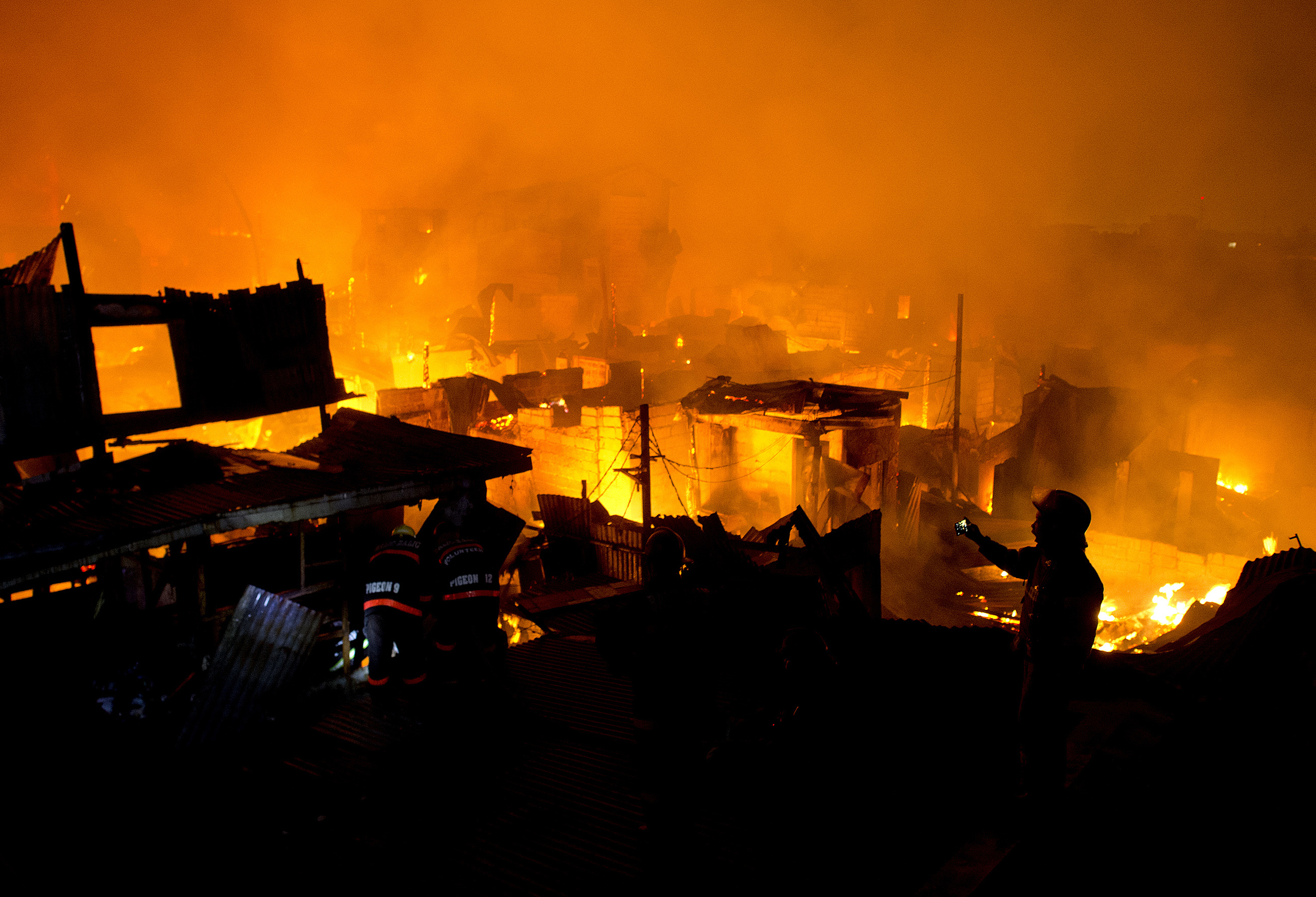 MANILA, Philippines -- New Year's firecrackers left at least one man dead and 380 others injured, and caused a fire that gutted 1,000 shanties in the Philippines despite rain and a government warning campaign, officials said Friday.

A drunken man lit a dynamite-like firecracker called "Goodbye Philippines" and embraced it in Manila as it exploded, ripping his jaw and killing him, Health Secretary Janet Garin announced.

Many superstitious Filipinos usher in the new year with powerful firecrackers, believing that noisy celebrations - largely influenced by Chinese tradition - drive away bad luck and evil.

Garin said the number of injured, while still alarming, was less than half of last year's toll because of rain late Thursday and a government scare campaign that involved showing gory pictures of past victims with their fingers ripped off by firecracker blasts.

The government has promoted fireworks shows sponsored by shopping centers, cities and even TV networks to discourage people from lighting their own firecrackers.

A large religious group, Iglesia ni Cristo, said it set off more than 700,000 pyrotechnic devices to try to break a Guinness record for the largest fireworks display. Tens of thousands of church members and other revelers watched the spectacle in Bocaue town in Bulacan province, north of Manila.

"What's really better is a total ban on all firecrackers," she said.