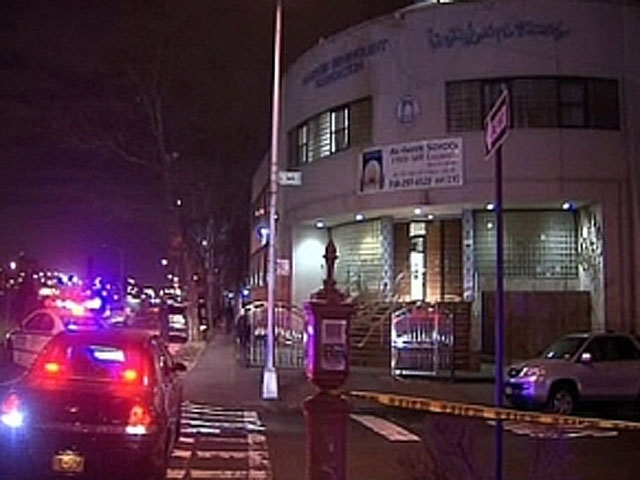 NEW YORK - Police on Monday were working to determine whether a series of suspected arson attacks against an Islamic cultural center and three other locations in Queens were linked, and they were investigating the incidents as possible bias crimes.

No one was injured in the four Sunday evening attacks, though some of the damage may be extensive. No arrests have been made. Police said at least three Molotov cocktails were thrown, though some did not explode.

At 8 p.m., a bottle was thrown at a counter at a corner store known as a bodega. Ten minutes later, a nearby house was damaged in a fire that erupted when a possible firebomb smashed through glass; it took 65 firefighters 40 minutes to bring the blaze under control, authorities said. The home was badly damaged.

At 8:44 p.m., the Islamic center was targeted. About 80 worshippers were inside the Imam Al-Khoei Foundation when a Molotov cocktail was thrown at the Shiite mosque, damaging a door, authorities said.

The foundation said in a statement the Molotov cocktail was aimed at the main entrance.

And at 10:14 p.m., two bottles were thrown — but did not explode — at a house police said was used for Hindu worship services.

Police said possible suspects were believed to have fled the scenes of the third and fourth attacks. They were looking at surveillance video obtained from the bodega and the attack on one of the houses.

The Imam Al-Kohei Foundation was named for one of the most influential Shiite scholars, according to its website, and is among the foremost Muslim institutions in New York, with branches around the world. It promotes work in development, human rights and minority rights as a general consultant to the Economic and Social Council of the United Nations.

Gov. Andrew Cuomo and the Council on American-Islamic Relations condemned the incidents.

"The four reported attacks on Sunday night go against everything we stand for as New Yorkers and Americans," Cuomo said in a statement. "Attacks such as this have no place in our open and inclusive society."

CAIR called on police and Muslim institutions to step up security measures around mosques.

One comment on the site read: "Throw 10 Molotov cocktails into these mosques and burn them down," according to Hooper. By Monday, the comment appeared to have been taken down by blog operator WordPress.com.

CAIR noted that in the past year, numerous mosques or mosque construction sites around the country have been targeted by arson, vandalism or threats.