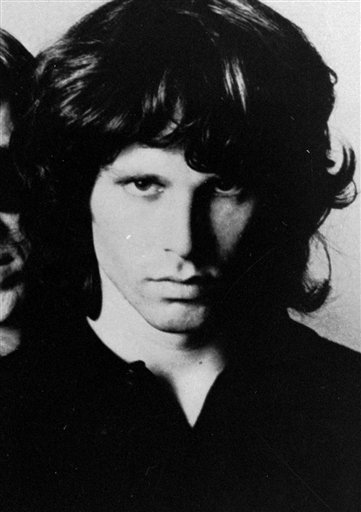 The tiny ridges on a student's index finger could soon make school lunch money and lunch-line bullies a thing of the past.

Students place their index fingers on small scanners, and a template matches them with their electronic print. The program plots 27 points on a grid that correspond with the fingerprint's ridges.

The fingerprint image is discarded, and the points are assigned numbers. According to the system's manufacturers, only the numbers are retained and those cannot be reinterpreted into a fingerprint image.

"Both parents and students can rest assured that the fingerprint images cannot be used by law enforcement for identification purposes," says the Web site of Food Service Solutions Inc., the Altoona company that installed the system. "Only a mathematical algorithm remains in the system after registration -- not fingerprint images."

But the American Civil Liberties Union fears the technology -- known as biometrics -- could hasten the end of privacy rights. Biometrics uses unalterable physical characteristics to verify a person's identity.

"It's a sign of things to come," said Barry Steinhardt, associate director of the ACLU. "We will be able to be identified with biometrics in virtually every situation. The use of the digital fingerprint is just one example of that."

Biometric devices that identify people by physical characteristics such as eye patterns, voice tones and handprints have been the stuff of cinema for decades. Until recently, costs had restricted their use mainly to government offices and military bases.

Welsh Valley, about 10 miles west of Philadelphia, began testing the program in the fall to deal with slow lunch lines.

"You don't have to bring lunch money. So, somebody can't take it," said Tawanda Worthy, 13.

Only a few of Welsh Valley's 700 children have declined to be fingerprinted. "They think the FBI's going to get them or something," said Kelly, the cafeteria manager.

The corporation that supplies Food Service Solutions with the system -- Sagem Morpho Inc. of Tacoma, Wash. -- lists as its clients more than two dozen law enforcement groups in 13 states, as well as the FBI and Secret Service.

"We are on the cusp of a surveillance society," said Steinhardt, of the ACLU.

Officials at Food Service Solutions, Sagem Morpho and the ACLU said they didn't know of any other state where fingerprints were being used in lunch lines.

Penn Cambria School District, about 75 miles east of Pittsburgh, began the program in August 1999 at its high schol and plans to use it in all five of its schools by next year.

Parents set up an account and place money in it for their child's use. When the account balance gets low, parents are notified and must deposit more money.

"The other benefits? One, no lost cards. Two, no one can access another person's account with a lost PIN number. Three, it's good for the parents. The money is in the account and they know that the money is only being spent on school lunches," said Milton Miller, Penn Cambria's director of food services.

Also, those who receive free and reduced-price lunches aren't embarrassed by having their names checked off a list.

"That's one of the biggest benefits," said David Magill, superintendent of the Lower Merion School District, which includes Welsh Valley. "They won't be stigmatized."

Mitch Johns, president of Food Service Solutions, said the program will cost between $4,000 and $5,000 per lunch lane. It was developed to help schools comply with federal law that prohibits schools from overtly identifying those receiving free and reduced price lunches, he said.

Because the program is in the testing phase, the Lower Merion district is not paying for it. The Penn Cambria district is getting the system free because it was the first to test it. The Tussy Mountain School District in central Pennsylvania is paying.

Within the next year, mobile phones and personal computers will have fingerprint scanners as optional equipment, providing convenience as well as increased security.

Government benefits such as welfare payments are increasingly being secured with biometrics. The Immigration and Naturalization Service relies on handprint scans to help some 45,000 frequent international travelers re-enter the country without a passport check.

"Right now you have databases full of information that can be hacked," said Richard Norton, executive director of the International Biometrics Association in Washington. "You can't take a look at a biometric, which is a string of ones and zeros, and figure out who somebody is."