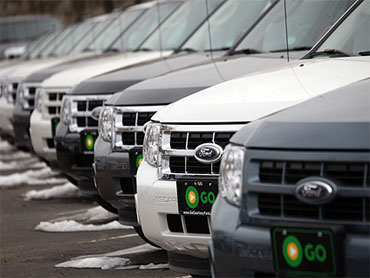 A Detroit area mom always knew weight loss was hard work, but she recently discovered it's even tougher if your heart isn't in it. The Early Show's Dave Price reports for the series My New Life.

Helen, "Ili" Newell usually gets what she wants. She has a husband, three kids, a beautiful home. But she says her life is far from perfect.

"I was chubby growing up," Newell says.

Even from her earliest years, weight was never a problem but always a concern. The child of Hungarian immigrants, Ili was always close to her mom. And even when her parents retired and moved away, Ili's mom was her diet coach.

Newell says, "My mom was my inspiration. I would call her every week and tell her I lost two pounds, or I lost a pound, or I gained it and she would always be there."

But two years ago, everything changed. Ili's mother passed away.

"She had heart disease and we didn't know it," Newell says. "I think everybody goes through this and I know it's hard and it's an excuse but when you lose your mom you lose a part of yourself that you don't have anymore. I didn't have her there to say: You're doing a great job, I'm proud of you. And it just didn't seem worth it anymore."

The last thing on Ili's mind was her diet.

"Something was gone from me," she says, "It didn't feel good anymore, and unfortunately what took its place was food."

Her appetite soared. And soon, Ili's weight hovered at a level that made her cringe.

At home there was support but no empathy: Her husband is a decorated Marine and martial arts champion. Her daughter is a cheerleader, and her son can eat whatever he wants.

She said all that in a letter to The Early Show: "If you can help me, I would be eternally grateful."

And that's where Price came in. He's no scientist, but he knows diets. And it looked like Ili was making all the right choices: salads and fruit.

Asked about exercise, she showed Price the basement, which is nicer than other gyms he's been in.

So why isn't she using it? "I make believe I'm busier than I am," Newell says. "I can't believe I just said that! I guess you put me on the spot, and pulled something out of me that was hiding. And I'm busted, and it's in my face, and I can't turn back now."

I don't know if Price convinced Ili as much as she convinced herself. But now she's determined to get back to the weight she wants to be. And she usually gets what she wants.

Since they met last month, Ili is working out nearly every day and has lost more than 10 pounds.