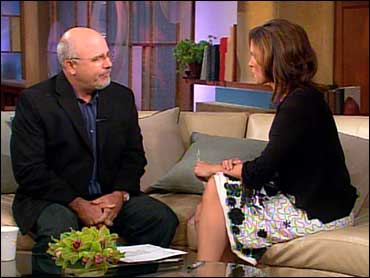 Many spouses would never cheat on each other, yet many questioned in recent surveys admit to a different kind of misstep, one financial adviser and radio host Dave Ramsey and others call "financial infidelity."

And Ramsey says it's not sound financial practice.

"When you're lying about your money, whether it's spending, debt or saving, when it's a secret from your spouse, that's financial infidelity," Ramsey says. "I don't mind anyone having savings, but I mind people hiding it.

"Anytime you have deception in a relationship, whether it's with a spouse or a boss, you're a liar. It breaks the relationship down.

"Unless your spouse has some type of actual disorder, like they are a compulsive gambler, there is no reason to ever hide money or debt from your spouse. It never works out for the best.

"It's OK to have some squirrel money. That's what we call it. My wife squirrels money away, but I know it's there. We call it the decorating fund, because that's what she's going to spend it on."

What can couples do to come together in this regard?