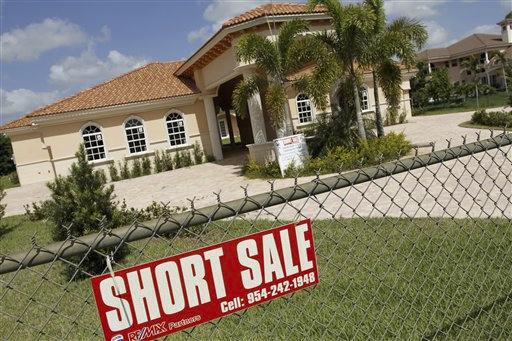 All of Britain watched them grow up, from rambunctious 7-year-olds to fortysomething adults.

What began as the documentary "Seven Up" in 1964 has turned into a lifelong chronicle, with director Michael Apted revisiting the subjects every seven years to create one of the most unusual real-life narratives in film history.

As Apted prepares to shoot next year's "49 Up," viewers finally can find the first six movies in one convenient place with Tuesday's release of "The Up Series," First Run Features' DVD boxed set spanning "Seven Up" to 1998's "42 Up."

The films chronicle the lives of 14 children, from carefree kids to troubled teens to adults coping with the pressures of work, marriage, personal finance and raising their own children. Apted was a researcher on "Seven Up" and took over as director on the subsequent films.

"It's a drama of ordinary life, not the drama of melodrama or TV or a movie," said Apted, whose directing credits include the James Bond adventure "The World Is Not Enough," the Loretta Lynn film biography "Coal Miner's Daughter" and the Jennifer Lopez thriller "Enough."

"I thought I was making very kind of stirring political films about the British class system," Apted said. "In fact, it was a much more universal, humanistic document about all the issues of growing up and making decisions and investing in society."

The original movie was meant as a one-time TV documentary examining social and economic status through the eyes of children. After Apted followed up with the children as 14-year-olds in 1970's "7 Plus Seven," it became a logical course to revisit them every seven years.

The children were chosen to reflect the deep divides of the British class system of the 1960s, from well-to-do kids studying ballet and singing "Waltzing Matilda" in Latin at posh schools to hard-luck cases living at a charity home.

The cast of real characters include pug-faced Tony, who dreams at 7 of being a jockey and makes strides toward achieving that goal as a young man before settling into life as a cabdriver and family man.

There's soft-spoken Suzy, who attends a fashionable girls school, at 14 suffers through her parents' divorce, develops into a chain-smoking 21-year-old cynical about marriage, and eventually becomes a happily wed, stay-at-home mom of three children.

With their privileged upbringing, the precocious Andrew and his pre-prep school pals John and Charles have their futures largely plotted out at age 7, and their lives generally unfold according to plan, with successful careers in law and media.

Then there's the dark soul, Neil. At 7, he's a chatty, animated child who wants to be either an astronaut or a bus driver. By 14, a pessimism has taken root, he's taciturn, and a deep sadness is visible in Neil's eyes. At 28, he's a homeless wanderer, at 35, he's on the dole in the remote Shetland Islands.

But "42 Up" captures Neil on an upswing, back in London as a political activist who's been elected to his local city council. Neil delivers a Bible reading at the wedding of Bruce, another of the "Seven Up" kids with whom he's become friends, and his eyes and voice have regained much of the spirit of his 7-year-old self.

The film series has gained an international following and spawned a version with American children for which Apted is executive producer and a Russian version on which he is a consultant.

Apted plans to shoot "49 Up" next spring for debut on British television in the fall. Among the changes, some of the subjects now are grandparents.

"We're getting to that awkward time again where I ring them up and say, `Hello, guess who?"' Apted said. "They all try to torture me and say they don't want to do it."

Three of the 14 have dropped out over the years, though Apted hopes he might lure some back for "49 Up." Apted said he plans to continue the films "until too many of them don't want to do it and it becomes embarrassing explaining why they aren't there, or it becomes boring."

It seems unlikely the series could turn dull, though. While the subjects in "42 Up" address the discomfort of growing up under Apted's lens, they discuss their lives with candor and humor, the results making for an always riveting narrative.

Apted considers himself lucky that the initial crop of 14 children turned out to have such rich and compelling lives that they were willing to share.

"It is a tremendous invasion. They have to kind of step up and be judged by a pretty large audience, because it's a huge matter in Britain when these films come out," Apted said. "It can't be easy to have your last seven years judged by the nation."