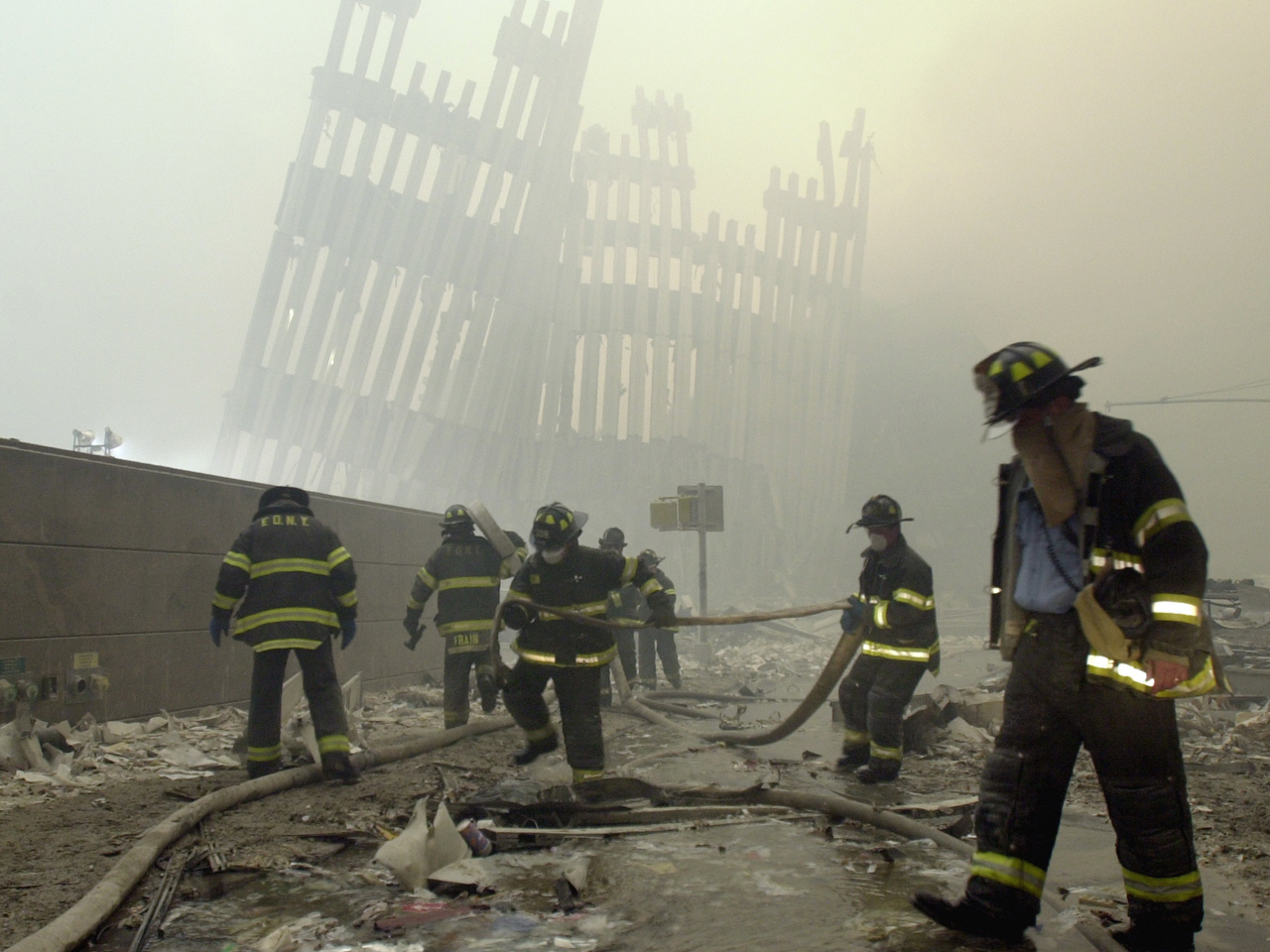 WASHINGTON - Amid the clamor a year ago to release 28 still-secret pages of a congressional inquiry into the Sept. 11 attacks, the government quietly declassified a little-known report listing more than three dozen people who piqued the interest of investigators probing possible Saudi connections to the hijackers.

The document, known as "File 17," offers clues to what might be in the missing pages of the bipartisan report about 9/11.

"Much of the information upon which File 17 was written was based on what's in the 28 pages," said former Democratic Sen. Bob Graham of Florida, co-chairman of the congressional inquiry. He believes the hijackers had an extensive Saudi support system while they were in the United States.

"File 17 said, 'Here are some additional unanswered questions and here is how we think the 9/11 Commission, the FBI and the CIA should go about finding the answers,'" Graham said.

Saudi Arabia's Foreign Minister Adel al-Jubeir denies any allegations of Saudi complicity, telling reporters in Washington earlier this month that there is "no there there."

Former President George W. Bush classified the 28-page chapter to protect intelligence sources and methods, although he also probably did not want to upset U.S. relations with Saudi Arabia, a close U.S. ally. Two years ago, under pressure from the families of those killed or injured on Sept. 11, and others, President Barack Obama ordered a declassification review of the 28 pages. It's unclear when all or some may be released.

File 17, first disclosed by 28pages.org, an advocacy website, names people the hijackers were in contact with in the United States before the attacks. Some were Saudi diplomats, raising questions about whether Saudi officials knew about the plot.

The 9/11 Commission's final report stated that it found "no evidence that the Saudi government as an institution or senior Saudi officials individually funded" al-Qaida. "This conclusion does not exclude the likelihood that charities with significant Saudi government sponsorship diverted funds to al-Qaida," the report said.

Releasing the 28 pages might answer some questions, but the disclosure also could lead to more speculation about the key Saudi figures investigated by the U.S. after the attacks. A look at some of those named in the declassified report and what the 9/11 Commission concluded:

An imam at the King Fahad Mosque in Culver City, California, al-Thumairy was suspected of helping two of the hijackers after they arrived in Los Angeles. He was an accredited diplomat at the Saudi Arabian consulate in Los Angeles from 1996 to 2003.

The 9/11 Commission said al-Thumairy reportedly led an extremist faction at the mosque. He has denied promoting jihad and told U.S. investigators that he never helped the hijackers.

The commission said al-Thumairy met at the consulate with Omar al-Bayoumi, a Saudi national, in February 2000 just before al-Bayoumi met the two hijackers at a restaurant. Al-Thumairy denied knowing al-Bayoumi even though the two talked on the phone numerous times as early as 1998, including more than 11 calls between Dec. 3-20, 2000. Al-Bayoumi told investigators those conversations were about religious matters.

The 9/11 Commission said that despite the circumstantial evidence, "We have not found evidence that al-Thumairy provided assistance to the two operatives."

A CIA document dated March 19, 2004, said Khallad bin Attash, an al-Qaida operative and suspected planner of the USS Cole bombing in Yemen in October 2000, was in Los Angeles for two weeks in June 2000 and was seen in the company of "Los Angeles-based Sunni extremists (redacted section) Fahad al-Thumairy."

On May 6, 2003, al-Thumairy tried to return to the U.S. from Saudi Arabia, but was refused entry on suspicion he might be connected with terrorist activity.

A Saudi national who helped the two hijackers in California. Al-Bayoumi told investigators that he and another man drove to Los Angeles from San Diego so that he could address a visa issue and collect papers at the Saudi consulate. Afterward they went to the restaurant in Culver City where he heard the two hijackers speaking in what he recognized to be Gulf Arabic and struck up a conversation with them.

The hijackers told him they didn't like Los Angeles, and al-Bayoumi invited them to move to San Diego. He helped them find and lease an apartment.

The congressional researchers' report said: "Al-Bayoumi has extensive ties to the Saudi government and many in the local Muslim community in San Diego believed that he was a Saudi intelligence officer."

The 9/11 Commission said al-Bayoumi was officially employed by Ercan, a subsidiary of a contractor for the Saudi Civil Aviation Administration. The commission also said that a fellow employee described al-Bayoumi as a "ghost employee," noting that he was one of many Saudis on the payroll who was not required to work.

He left the United States in August 2001, weeks before the Sept. 11 attacks.

The 9/11 Commission said it did not "know whether the lunch encounter occurred by chance or by design." The commission said its investigators who spoke with him and studied his background found him to be an "unlikely candidate for clandestine involvement" with Islamic extremists.

A close associate of al-Bayoumi who was in frequent contact with the hijackers and lived in an apartment complex across the street from them in San Diego. Bassnan vocally supported Osama bin Laden.

The staffers' found that Bassnan, a former employee of the Saudi government's educational mission in Washington, received considerable funding from Princess Haifa al-Faisal, wife of Prince Bandar bin Sultan, former intelligence chief in Saudi Arabia and the kingdom's U.S. ambassador from 1983 to 2005. The money was supposedly for Bassnan's wife's medical treatments, and the 9/11 Commission said there was no evidence the money was redirected toward terrorism.

The staffers' report said Abdullah translated for the two hijackers and helped them open bank accounts and contact flight schools. Interviewed many times by the FBI, Abdullah said he knew of the two hijackers' extremist views but said he did not know what they were planning.

The 9/11 Commission said: "During a post 9/11 search of his possessions, the FBI found a notebook (belonging to someone else) with references to planes falling from the sky, mass killing and hijacking. Further, when detained as a material witness following the 9/11 attacks, Abdullah expressed hatred for the U.S. government and stated that the U.S. brought 'this' on themselves."

The commission also learned of reports that Abdullah bragged to other inmates at a California prison in the fall of 2003 that he knew the hijackers were planning an attack - reports the commission nor the FBI were not able to verify.

He was deported to Yemen in May 2004 after the U.S. attorney for the Southern District of California declined to prosecute him on charges arriving out alleged comments made in prison.