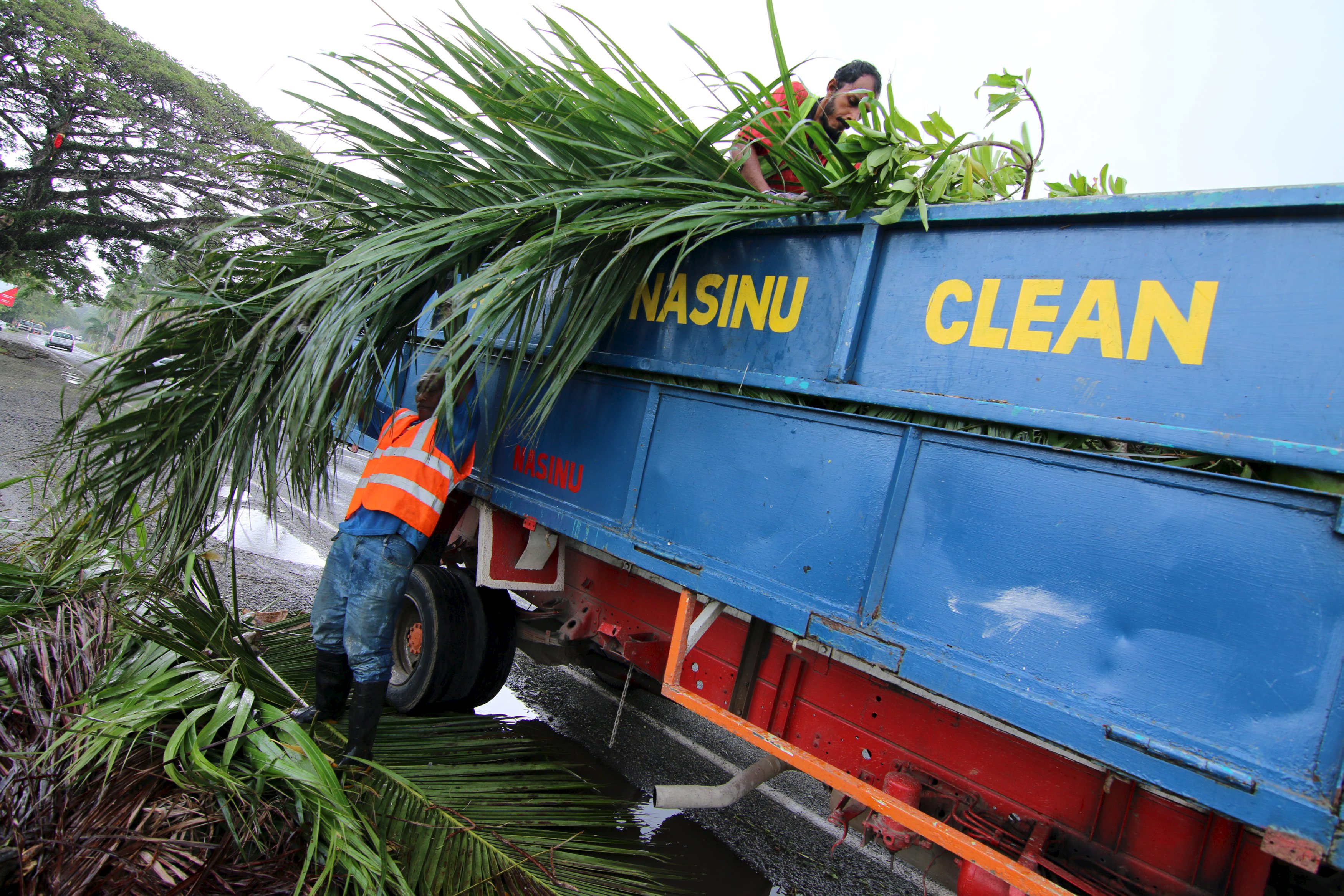 WELLINGTON, New Zealand -- The death toll from a ferocious cyclone which tore through Fiji over the weekend has risen to 18 as authorities on Monday began to get a grasp on the scale of the disaster and deploy aid to hard-hit outer islands.

Authorities were still having trouble communicating with some islands, including places like Koro Island which suffered some of the worst damage. And more than 6,000 residents across Fiji were staying in emergency shelters after their homes were broken or swamped.

Winds from Cyclone Winston, which tore through Fiji over the weekend, reached 177 miles (285 kilometers) per hour, making it the strongest storm in the Southern Hemisphere since record-keeping began, according to the Weather Underground website.

Getting emergency supplies to the group's far-flung islands and remote communities was the government's top priority said Ewan Perrin, Fiji's permanent secretary for communications. Home to 900,000 people, Fiji has more than 100 inhabited islands.

"The logistics of getting supplies and equipment to remote communities is difficult," he said. "Some have lost their jetties and it's uncertain if airstrips are able to be landed on."

Perrin said authorities on Monday were sending a vessel to Koro Island filled with medical supplies, food and water. He said crews on the boat would build temporary shelters for those people on the island whose homes had been destroyed.

Perrin said the electricity network across Fiji remained patchy, and in some cases power had been deliberately cut to prevent further damage. He said clean water was also a challenge, and people were being asked to boil their water, treat it with chemicals or drink bottled water.

Phone communications had been rapidly restored in many areas but in other areas the damage was severe and would take longer to fix, he said.

He said Fijians were taking the disaster in stride.

"The people here are fairly resilient and they're accustomed to these things happening," he said. "Most are going about their business or helping clean up. There's been a very well-coordinated disaster response and we're deploying quickly."

Perrin said most of the people who died in the cyclone were hit by flying debris or were in buildings which collapsed. A handful of people had also been hospitalized with severe injuries, he said.

Fijians were finally able to venture outside Monday after authorities lifted a curfew that had been imposed on Saturday evening. A 30-day declaration of a state of natural disaster remains in effect, giving police extraordinary powers.

"The damage has been widespread, homes have been destroyed, many low-lying areas have flooded, and many people have been left stunned and confused about what to do," said Prime Minister Voreqe Bainimarama in a televised address to the nation.

He said that the police and military had been brought in to help with rescue operations and the general cleanup, and that government agencies were working overtime to clear roads and restore power.

"This is a time of sorrow, but it will also be a time of action," Bainimarama said. "We will stand united in the face of this disaster."

Tourism Minister Faiyaz Siddiq Koya said that all tourists in Fiji were safe and that there was no significant damage to the majority of hotels on the main island. Fiji is a popular tourist destination, known for its beach resorts and scuba diving.

Cyclone Winston hit Fiji on Saturday and moved westward overnight along the northern coast of Viti Levu. Fiji's capital, Suva, located in the southern part of the main island, was not directly in the cyclone's path and avoided the worst of its destructive power.

The main international airport on Viti Levu has been reopened.