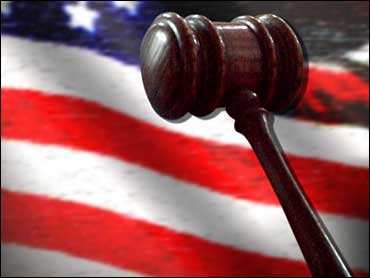 Democrats served notice Tuesday that they will slow or stop most Senate business if Republicans unilaterally change the rules to assure confirmation of President Bush's controversial court appointments.

Reid, the Democratic leader, exempted military and national security legislation from the threat, and said Democrats would not block passage of measures needed to assure continuation of critical government services.

"To shut down the Senate would be irresponsible and partisan," Frist said in swift rebuttal. "The solution is simple: return to 200 years of tradition and allow up or down votes on judges."

The exchange marked the latest development in a long-simmering struggle over Mr. Bush's court appointments. Democrats blocked votes on 10 nominees during the last Congress, attacking them as too conservative to warrant lifetime appointments.

Accusing Democrats of obstruction, Republicans sought to make an issue of it in the elections last fall, in which they gained four seats.

Mr. Bush has already renominated some of the judges, and Reid has said previously the Democrats' position has not changed.

Republicans have floated the possibility they will change the rules that currently allow a filibuster — meaning supporters of a nominee must gain 60 votes to force a final vote. Both parties have made use of the filibuster rules in the past when in the minority.

Apart from the exceptions he outlined in his letter, Reid wrote, "we will be reluctant to enter into any consent agreement that facilitates Senate activities, even on routine matters."

Thus far, Republicans have not sought a Senate vote this year on any of the judicial appointees whose confirmations Democrats blocked in 2003 and 2004.

In his letter, Reid told Frist that "in recent press reports, you have threatened to use extraordinary parliamentary tactics allowing the Republican majority to rubber-stamp the handful of nominees already rejected and all future Bush nominees."

The Senate's rules give strong rights to the minority and, in many cases, permit even an individual senator to interfere with the daily routine of committee meetings, floor debate and votes on legislation.

Reid did not specify the steps he is planning to take if Republicans change the rules, but Democrats said he has a variety of options at his disposal.

Surrounded by fellow Senate Democrats, Reid disclosed the letter on the east steps of the Capitol, across the street from the Supreme Court.

Chief Justice William Rehnquist is suffering from thyroid cancer. Democrats and Republicans, anticipating President Bush will have at least one vacancy to fill on the high court, are girding for a monumental confirmation battle.