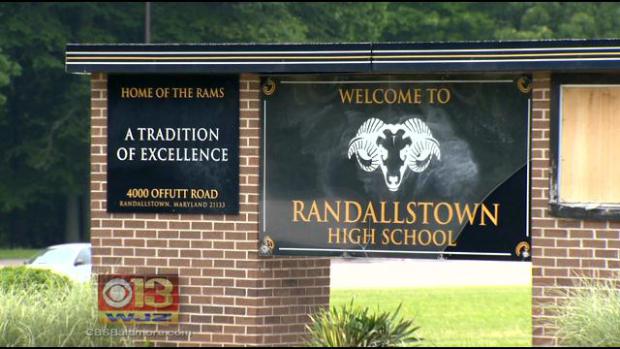 TOWSON, Md. - Two people have been charged in connection with a fight captured on video, that broke out at Maryland's Randallstown High School graduation, reports CBS Baltimore.

"You kind of hear it going around and everybody talking about it. I kind of find it disappointing," student Chris Myers told the station.

It is unclear what sparked the fight but the video shows it began with one punch and then others quickly jumped in.

Current students of Randallstown High School say they will probably have to find another place for their graduations, according to CBS Baltimore.

"Administration and Towson say that we couldn't come back for graduation," said student Troya Thomas.

"I kind of hope we don't have our graduation in our auditorium," said Myers.

The school district said they are still investigating and that students could face disciplinary action.

Baltimore County Public Schools released a statement calling the altercation "an unfortunate distraction from the graduates and their family members who came to honor and support their accomplishments."

"We will continue to work with Baltimore County Police as they investigate the incident. In addition, there are still a few weeks left in the school year, and if we determine any current students were involved in yesterday's incident, they will face appropriate school disciplinary action," the statement continued.