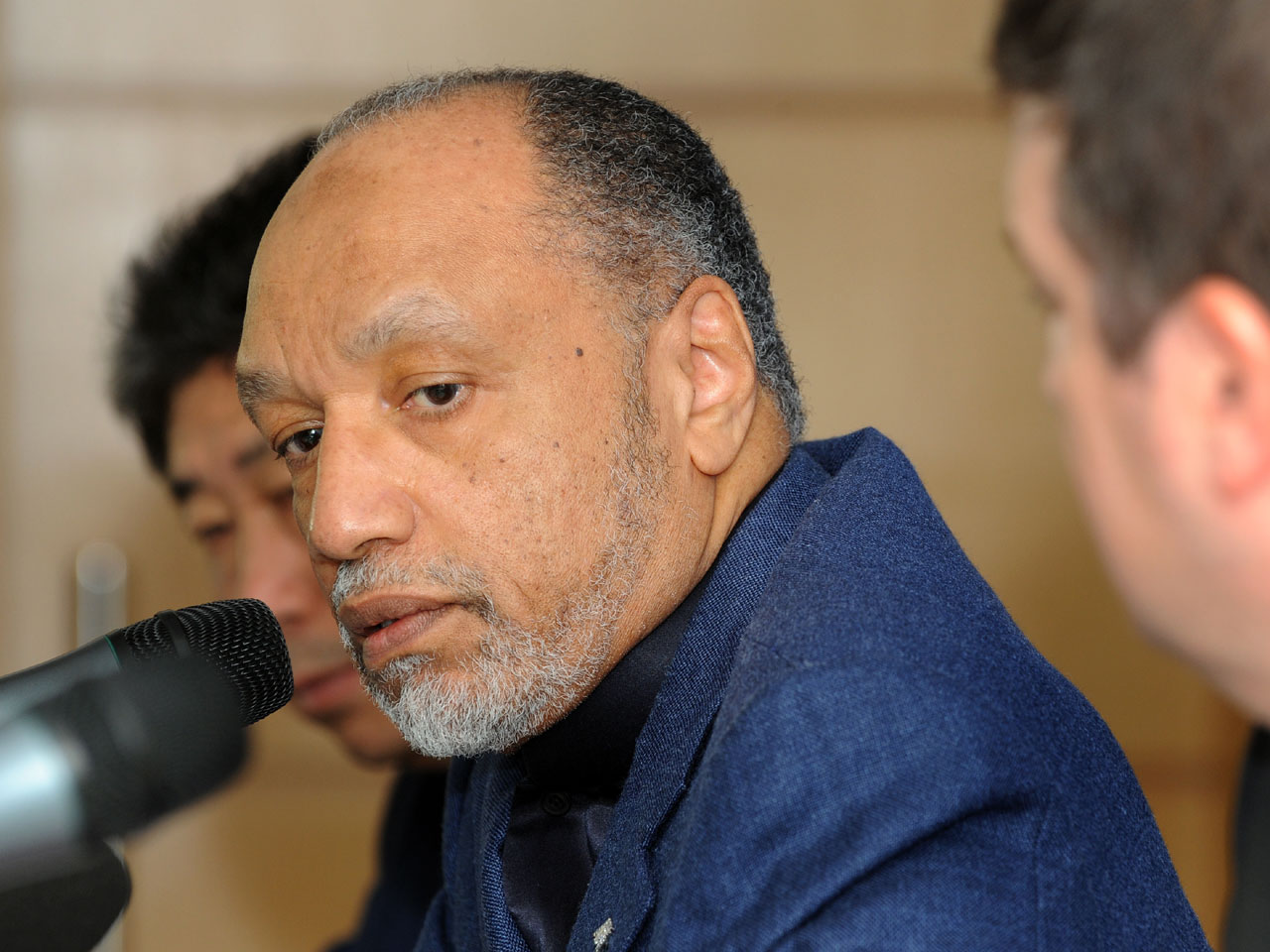 ZURICH - Mohamed bin Hammam's downfall from being one of football's most powerful men to a disgraced outcast was completed Saturday when FIFA banned the Qatari official for life for his role in a bribery scandal.

FIFA found Bin Hammam guilty of bribing presidential election voters just months after he helped secure 2022 World Cup hosting rights for his tiny Gulf homeland. The scandal led to him having to abandon his campaign to unseat FIFA President Sepp Blatter, and ultimately led to the veteran executive committee member becoming the most senior official convicted of corruption in the governing body's 107-year history.

A FIFA ethics panel ruled that the Qatari candidate conspired to pay Caribbean officials $40,000 cash bribes in May in exchange for their support in the election.

Olympic swimmers suit up for London

The verdict after a two-day hearing "was in keeping with the declared policy of the committee to show zero tolerance of unethical behavior," panel chairman Petrus Damaseb said.

Bin Hammam's lawyer said he maintained his innocence and rejected the findings based on "so-called circumstantial evidence."

"He will continue to fight his case through the legal routes that are open to him," lead counsel Eugene Gulland told reporters.

Bin Hammam can challenge his life ban at the FIFA appeals body and then the Court of Arbitration for Sport.

"We are confident of the strength of our case and invite FIFA to make available now to the media a full transcript of these proceedings," Gulland said in a prepared statement.

Bin Hammam has claimed the case was politically motivated to stop him challenging Blatter, who was re-elected unopposed last month three days after the Asian Football Confederation president withdrew his candidacy.

Bin Hammam didn't cooperate with a FIFA investigation or attend the hearing. He wrote on his website Friday, while the FIFA panel sat in session, that he expected a guilty verdict.

FIFA also suspended two Caribbean Football Union staffers, Debbie Minguell and Jason Sylvester, for one year for their part in distributing the bribes at a May 10-11 conference in Trinidad.

In a separate judgment, FIFA issued a warning to another executive committee member Chuck Blazer, who commissioned a dossier of evidence including statements from Caribbean whistleblowers which sparked the explosive case.

Damaseb said Blazer was wrong to have suggested at a May 30 meeting in Zurich that CFU members were "under investigation" at that time.

Bin Hammam's lawyer aimed a further apparent barb at Blazer, who has represented the United States in FIFA's high command since 1996.

"Our case has clearly demonstrated (FIFA's evidence) was bogus and founded on lies told by a senior FIFA official," Gulland said.

Bin Hammam is the third serving FIFA executive committee member banned from football for ethics violations in the past nine months.

A fourth, FIFA vice president Jack Warner, dodged the panel's judgment by resigning from all of his football positions last month before answering charges about his part in the bribery plot.

Damaseb dismissed suggestions that Warner, who also surrendered his jobs as president of the CONCACAF confederation and CFU, had disrespected FIFA's legal process.

"I think everybody would have wanted him to appear, to stand and justify and ... explain his conduct, and he chose not to do that," the judge said. "He (Warner) is presumed innocent."

The case centered on bin Hammam's campaign visit to Warner's native Trinidad to lobby CFU members. The island nations hold 25 of FIFA's 208 votes and were considered key to defeating Blatter.

However, whistleblowers revealed they sat through bin Hammam's pitch, then lined up outside a different room to collect a "gift." Inside, CFU staff handed over brown envelopes stuffed with $40,000 in four piles of $100 bills.

Blazer's witnesses alleged that Warner told them he advised the Qatari candidate to bring cash which could be spent as they chose.

Bin Hammam has acknowledged transferring $360,000 to the CFU to pay for the conference, including delegates' travel and accommodation expenses. He refused requests to disclose bank account records and other financial details to Freeh's team.

Bin Hammam's banishment, after nine years as AFC president, leaves the continent without its most influential powerbroker at FIFA.

Bin Hammam launched his presidential bid after being crucial to Qatar's 2022 victory last December. However, his candidacy plunged FIFA into turmoil while it was also fending off fresh but unproven allegations of corruption in 2018 and 2022 bidding.

FIFA's scandal-riddled recent history has seen eight serving and former members of its executive committee forced out of football.

Bin Hammam and Warner's former colleagues Amos Adamu and Reynald Temarii, a vice president, were suspended last November after an undercover probe by British newspaper The Sunday Times. It alleged bribe-seeking and trading of World Cup votes. The contests were won by Russia and Qatar, respectively.

Bans were imposed on former FIFA executives Amadou Diakite, Ahongalu Fusimalohi, Slim Aloulou and Ismail Bhamjee based on the newspaper's evidence. Adamu, Diakite and Fusimalohi have appealed their sanctions to CAS.

On being elected to a fourth four-year term in June, Blatter promised a zero-tolerance drive to clean FIFA of corruption.