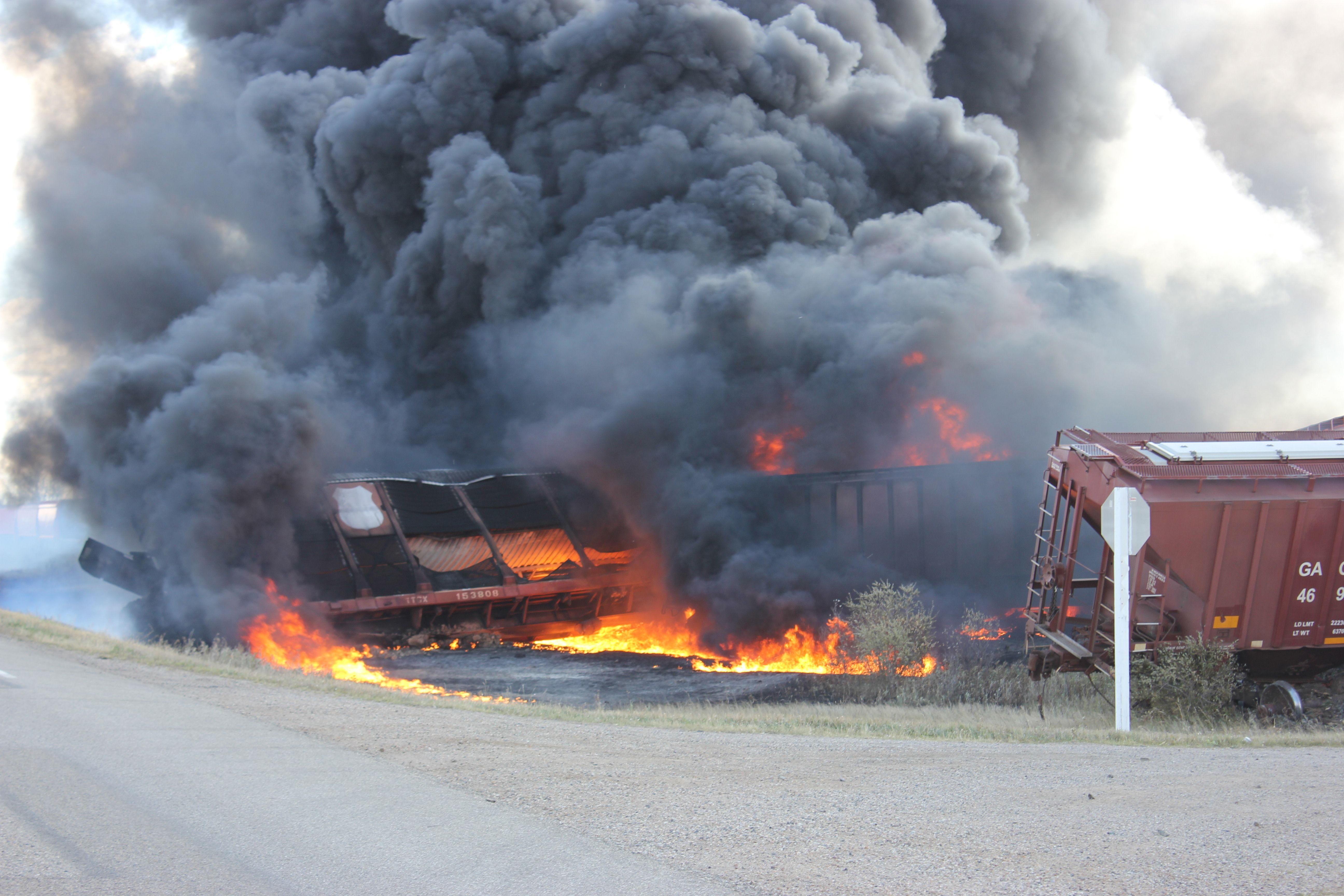 The Saskatchewan government said Tuesday the derailment happened near the small community of Clair, which is being evacuated.

A highway has been closed in the area.

"The cars of concern contain petroleum distillate. They spilled and that is the source of the fire," Feeny said.

Feeny said the crew is not injured, but said they have reports from the local authorities that some nearby residents in the rural area have been evacuated. He said the train was made up of three locomotives pulling 100 cars and that 26 of them derailed Tuesday morning. He said 60 of the cars were empty and forty were carrying goods.

A witness told a local radio station that the flames are at least 30 meters (100 feet) high.

Canada's Transportation Safety Board said it is deploying a team of investigators to the site.