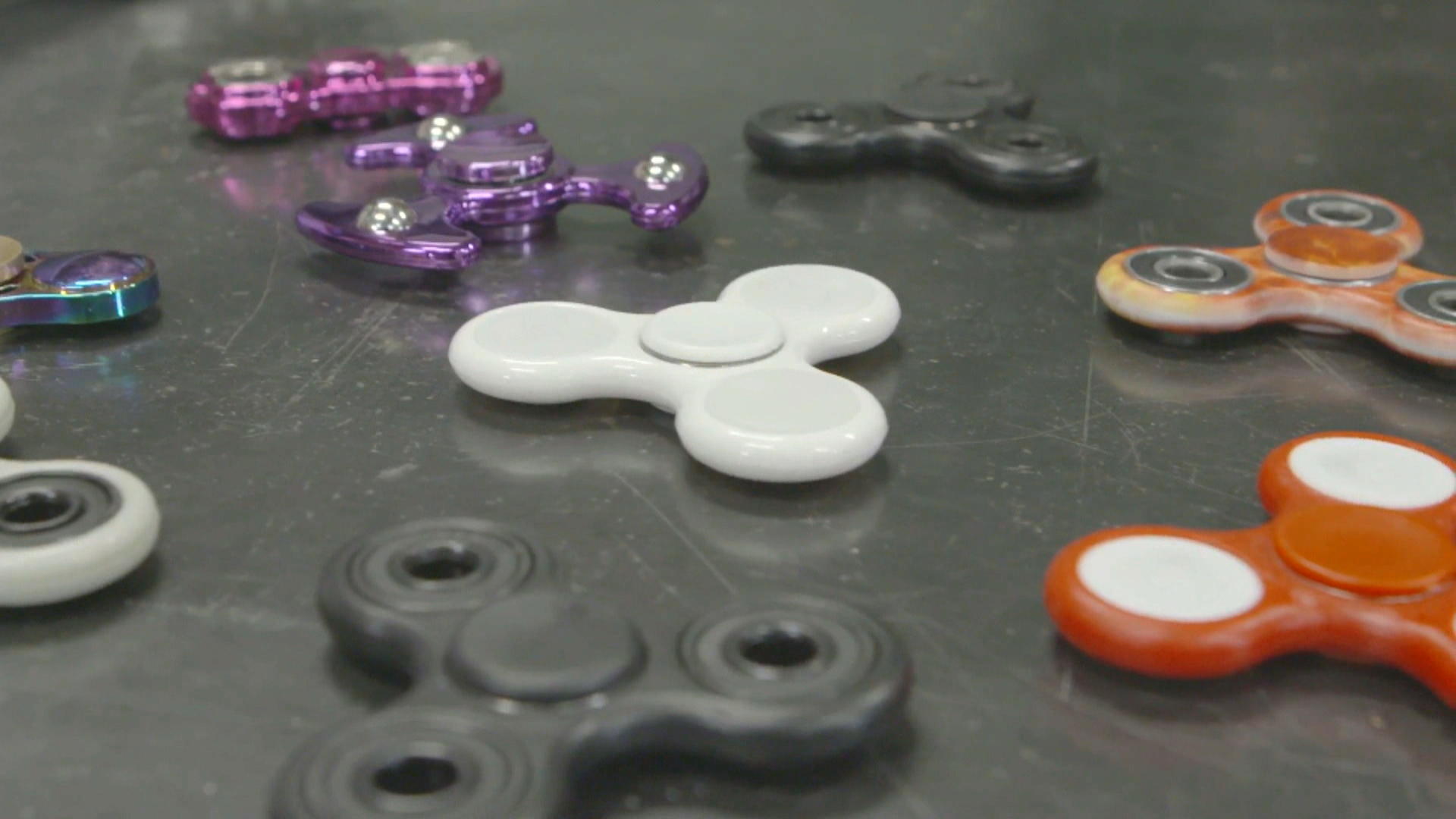 Fidget spinners are one of the hottest new trends of the year, but ahead of the holiday shopping season, a new report by the U.S. Public Interest Research Group, a consumer advocacy organization, says testing found dangerous levels of lead in some.

The safety group is not aware of any reported cases of kids getting lead poisoning from fidget spinners, but they urge awareness and transparency on the part of the retailers, especially when putting the items in children's toy sections, reports CBS News correspondent Anna Werner.

The Centers for Disease Control and Prevention said there is no safe level of lead when it comes to children. It can cause serious health problems, including brain damage. It's something a mother from Portland learned the hard way, and now she is trying to help other parents.

"You don't know what that means the first time you hear that your kid has lead poisoning," Tamara Rubin said.

Rubin said her sons still suffer debilitating effects from lead exposure in their home 12 years ago, when she says contractors used unsafe methods to remove lead paint. Now, the mother of four helps other parents learn more about products that may contain lead.

Her "Lead Safe Mama" Facebook page has more than 15,000 followers. She tests consumer products that concerned parents send to her, including hundreds of fidget spinners. She said many of them had concerning levels of lead.

"It's on the center, it's the part you're interacting with so it's definitely a hazard for children," Rubin said.

Two of the products tested with high levels of lead. One contained levels reaching 33,000 parts per million. That's 300 times higher than the legal limit for children's products.

"The reason that lead is a large concern – especially in children's products – is that when children are exposed to high levels of lead they can experience things like memory loss, learning disabilities," she said.

When the group contacted Target and asked them to take the product off the shelves, Target declined, saying the two products are not designed for children.

According to the packaging, they are marked for ages 14 and up, and Target says, "They are not defined by the Consumer Product Safety Commission as toys" and as a result "are not required to meet children's product standards."

The toy's manufacturer, Bulls-i-Toy, similarly stated in a letter to the safety group: "The products in question are clearly labeled 'ages 14+'…there are no mandatory CPSC (Consumer Product Safety Commission) requirements for it."

The CPSC says fidget spinners marketed to children under the age of 12 would be subject to federal testing regulations including lead testing, but those marketed for use over age 12 are considered "general use products," which would not be subject to those same tests. U.S. PIRG is pushing to change the guidelines for these popular gadgets.

CBS News reached out to Bulls-i-Toy for comment but has not heard back.